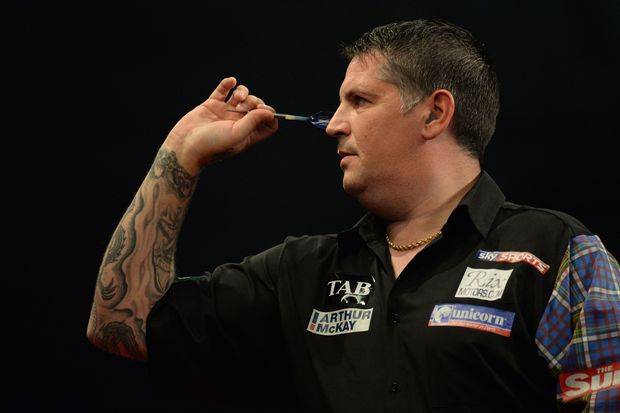 The 45-year-old, who miscounted on three occasions, fought off a valiant comeback from the two-time champion Englishman in the latter stages.

The first six sets were shared in the first-to-seven encounter, before Anderson took a 5-3 advantage.

Lewis fought back for 6-5 before Anderson made a superb 170 checkout en route to the title and the $NZ 647,000 winners cheque.

Anderson gained revenge for his 2011 final defeat at the hands of Lewis in a match that failed to hit the high notes.

"I'm playing a good friend of mine and it never happened tonight," Anderson said.

"It was a scrap from the word go... There were some good darts and some really bad ones."