Heavy rain washed out qualifying for the U.S. Formula One Grand Prix with the session rescheduled for the morning of the race, weather permitting. 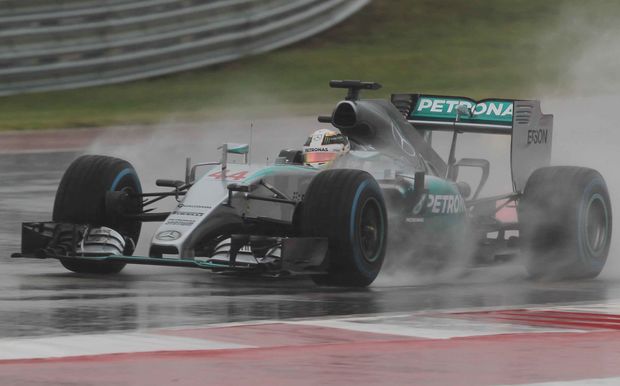 Lewis Hamilton at the US Grand Prix 2015 Photo: PHOTOSPORT

With hardy fans huddling in the grandstands, teams and drivers did their best to keep spirits up with a range of pitlane antics relayed on the television screens.

But after five half-hour delays at the Circuit of the Americas in Texas, and the rain and wind only intensifying, organisers gave up the struggle and set a new time of 0900 local on race day.

If qualifying cannot be held then, the times from final practice will set the starting grid, another boost for world champion Lewis Hamilton who was fastest in that session for Mercedes.

Final practice was run earlier, when the rain was less intense, without spectators being allowed in for safety reasons. When the gates finally did open at noon, the cars remained out of sight in the garages.

Formula One has held qualifying sessions on the Sunday before now, most recently in Australia in 2013 when rain and poor light forced the delay.

The Japanese Grands Prix in 2004 and 2010 also saw Sunday qualifying due to a typhoon and rainstorms lashing the Suzuka circuit.

The rains, fuelled by the remnants of Hurricane Patricia that hit Mexico's Pacific coast yesterday, inundated many parts of Texas and triggered flash floods.

The race is scheduled for 1400 local by which time the weather is expected to have improved sufficiently.

In the absence of any track activity, mechanics and drivers put on their own entertainment.

Sauber mechanics 'paddled' down the pitlane in a crate on wheels, with a propeller on the end, pulled by others.