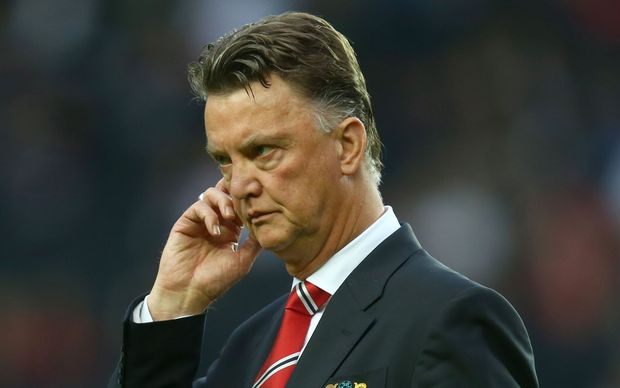 "Top four was a must, really," said Rooney.

"We had to get ourselves back into the Champions League and we've managed to do that. Hopefully that will provide a springboard for us to go and fight for silverware next year."

"It was exciting really, to have the chance to work under him," he added. "The record he has got shows that he is a top manager and since he's come in he's been fantastic.

"He had faith in me and made me captain. Seeing the way he works and his different style of management, it's clear why he's been successful."

England striker Rooney accepted that United started the season slowly as they adjusted to Van Gaal.

"The manager came in with new ideas, a new way to play, new training methods and we did find that difficult at first," the 29-year-old said.

"The manager told us before we started that we were going to find it difficult and there were also a lot of new players who came in during the summer and it can be difficult for them to bed into a new league and a new team."

Rooney was happy with his performances last season.

"I think my form's been good," he said. "I've played in a few different positions and scored a few goals but I could probably have scored more.

"Overall I'm happy with my first season as captain, glad that we're back in the Champions League and I'm looking forward to trying to help the team be successful next season."

Rooney said he relished the demands of being appointed United skipper.

"It was a huge honour to be given the captaincy, it was something I really wanted to do and hopefully I can be successful," he explained.

"There was no silverware for us this season. Next season the focus will be on winning some silverware and I hope I can lead the team to doing that."