The Wellington Phoenix football coach Ernie Merrick says he still hasn't sat down with skipper Andrew Durante to discuss what went wrong in their dismal last performance of the season.

Merrick says he was totally deflated by the result but believes the team is much better than that performance showed.

"They let themselves down... I don't know why whether it was lack of commitment, a lack of enthusiasm or motivation or they just felt intimidated but the team are far better than that and overall it was a pretty good year."

Merrick says he hasn't yet discussed the season or that final match with Durante.

"I make a point of not doing that. But I think it's an important thing to do, but at the right time and the right time to do that, with all the players, is at the beginning of pre-season," he said. 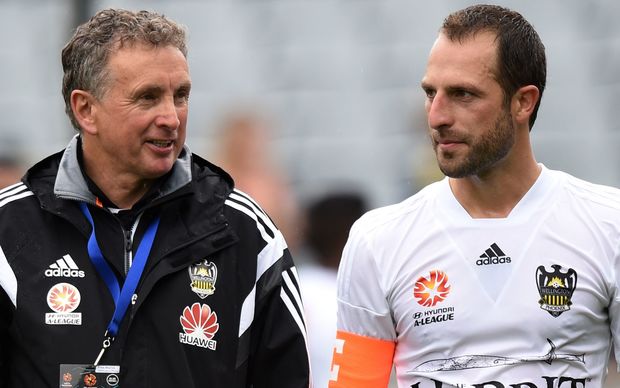 "We'll sit down and say okay this is what we did and this is how we achieved it. This is what your goals were, this was the process and what you thought you'd have to do to get in the finals and to do well. Now you've got to review that and look at how we set up for next year to win games."

The goal at the start of the season was a top six finish. Despite finishing in fourth place at the end of the regular season, there's a strong sense of underachievement given a semi final place beckoned.

Merricak said "if you told me a the beginning of the year, (that we'd be fourth), I'd have gone you're trying to have us over achieve here but the boys consistently played well we just had that fall away towards the last few games of the year which is when you need your most experienced players at their best."

Recruitment wise for the 2015-16 season Merrick is looking to recruit a top class striker and possibly a central back.

He said while he's had plenty of managers suggesting players he's yet to come across any players that fit the bill.