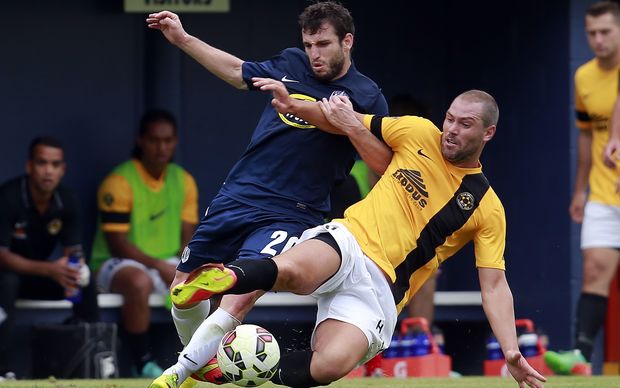 It's the 5th consecutive final for Auckland City at the tournament, in which Wellington are making their 1st appearance, with the right to represent the region at the World Club Championship on the line.

Coach Ramon Tribulietx lead his players to victory last year and 3rd place at the worlds, but he's still feeling the pressure which comes with any big, one off final.

"We're trying to concentrate. We understand it's going to be one of the toughest matches we've played in this competition," he said.

"We've been here before, but we acknowledge that Team Wellington have done really well.

"We've played quite a lot of games against each other. We know each other's strengths and weaknesses, and that's going to make the game a difficult one, a tight one."

Auckland City have won the competition on six previous occasions, however a resolute Team Wellington are standing in their path.

"I'm really excited to be honest with you," sais Wellington coach Matt Calcott.

"It is our first time, but we've had a number of players and staff members who have been in the finals."

With a lengthy gap between the semi-finals and tomorrow's final helping to see off any niggling injuries, both sides are expected to be as close to fully-fit as can be.

The final kicks-off in Suva, Fiji at 7pm, on Sunday 26 April.