Rotorua basketballer Steven Adams' Oklahoma City Thunder side have lost a crucial NBA home game to the Dallas Mavericks, which may have ended any chance of a higher-placed finish to the regular season. 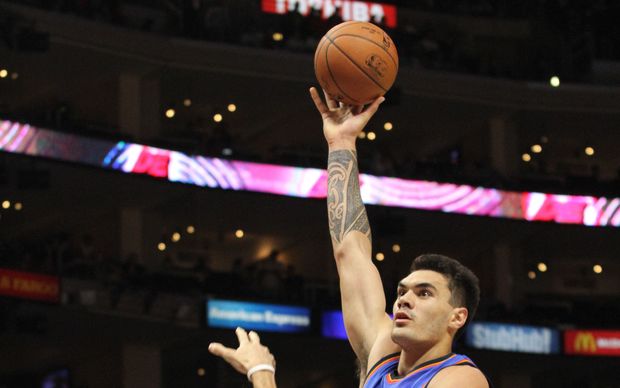 Steven Adams and the Thunder may have to settle for eighth Photo: Photosport

The Mavericks came up with the clutch 135-131 victory to seal the head-to-head series and more or less end eighth-placed Oklahoma's chances of closing the gap on the seventh-placed Mavericks, which would have allowed the hosts to avoid a first-round playoffs series against Western Conference winners, the Golden State Warriors.

The Thunder go to a 42-win 33-loss record, and are now four games in the loss column behind Dallas with only seven games to play.

With less than a minute to play and the hosts three points down, Adams got a turnover off a Dallas player's hand to get the inbound possession back.

But after Oklahoma scored through All Star guard Russell Westbrook, the Mavericks sank their bucket, and Westbrook couldn't score either of his two three-point shots, the visitors closing out the game with free throws.