New Zealand rider Jack Bauer has posted a top-10 finish in a Belgian cycling classic, while Swiss star Fabian Cancellara's crashed out of the Spring Classics. 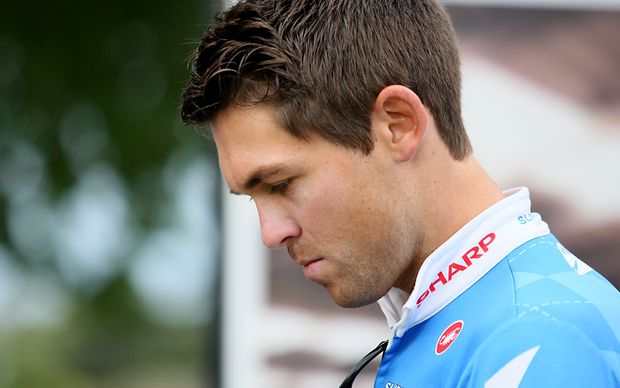 The Cannondale rider was eighth in the E3 Harelbeke one-day race in Belgium, won by Welsh star Geraint Thomas.

The Sky team rider finished nearly half a minute clear of Zdenek Stybar of the Czech Republic, Thomas' victory built on an audacious attack 40 kilometres out when only Stybar could keep pace with him.

Matteo Trentin of Italy led the chasing pack, including Bauer, across the line, 38 seconds behind Thomas.

The race had earlier been marked by the injury to three-time winner Fabian Cancellara of Switzerland, who suffered two fractured vertebrae in a crash and will miss the rest of the Spring Classics.

The crash, on the cobbles of the first classic of the season, also took down a couple of the other favourites, John Degenkolb and Lars Boon, although they carried on.

Three other riders, however, were taken to hospital.

The injury is a massive blow for Cancellara, coming in a race referred to as a mini 218-kilometre Tour of Flanders, as it takes in many of the same brutal climbs and cobbled sections.

This race leads into the Ghent-Wevelgem on Sunday before the Tour of Flanders and the final cobbled classic, the Paris-Roubaix, on the two following Sundays.