The 2014 US Open joint runner-up Erik Compton has fired a five-under par 67 to grab a share of the lead going into the final round of the US PGA Tour Humana Challenge. 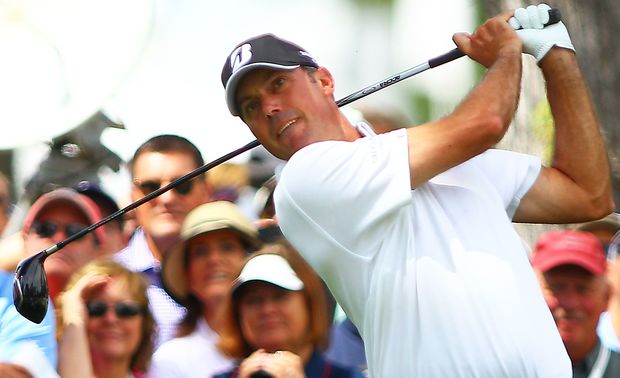 In a tournament that uses three courses in the California desert, Compton finished his round on the PGA West Nicklaus course level after 54 holes with fellow Americans Bill Haas, Justin Thomas and Michael Putnam on 17-under 199.

Matt Kuchar, who led most of the day, made bogeys at 17 and 18 to shoot a one-under 71 on the Palmer course and stumble back into a share of second on 200 with fellow Americans Ryan Palmer, Steve Wheatcroft and Scott Pinckney.

There were 15 players within three shots of the lead, including defending champion Patrick Reed, who already won this year in Hawaii.

The New Zealand golfer Steve Alker is tied 16th after shooting a 69 at 13 under, while countryman Danny Lee is tied for 49th.

Compton, seeking his first PGA crown at age 35, had his first top-10 finish in 2013 and his career-best showing last year at Pinehurst when he shared second behind US Open champion Martin Kaymer of Germany.

"I'm just trying to get my feet wet and enjoy playing golf," Compton said. "It wasn't as good as it was the first two days but I got the job done. I was able to make some miraculous pars. I'll take it.

"I'm in the mix. I'll have to shoot somewhere between 5- and 9- under tomorrow. It's an exciting day because I will be in the mix."