The New Zealand Breakers are confident they can continue to gain momentum in the Australian National Basketball League despite losing the swingman Tom Abercrombie to injury. 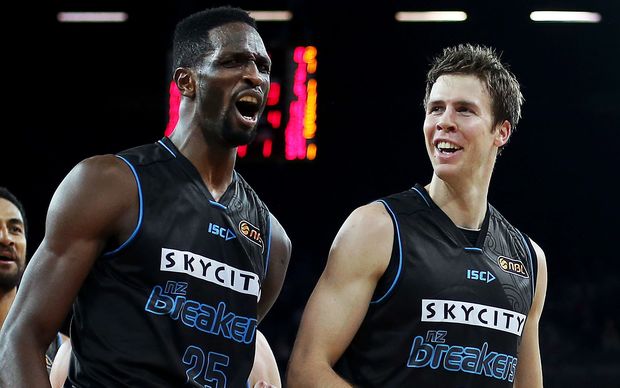 Ekene Ibekwe of the Breakers celebrates with teammates Tom Abercrombie after his put back dunk. November 2014. Photo: PHOTOSPORT

Abercrombie is seeing a specialist for full diagnosis on a quad injury suffered in the pre-game shootaround before Friday's win over Melbourne, but it's expected he'll miss at least the next two games.

Reuben Te Rangi will replace him as a starter, while Duane Bailey's set to get more minutes off the bench and the coach Dean Vickerman says they've already proved they can survive without Abercrombie.

The league-leading Breakers play the Sydney Kings in Auckland on Friday night.