The New Zealand cricketers have drawn their three-day warm-up match against Pakistan A in Sharjah.

The hosts started the final day on 13 for one in the second innings, trailling the Black Caps by 16 runs.

They worked they way through to 153 for three, with just 55 overs being bowled on the final day, before the match was declared a draw.

The New Zealand bowlers struggled on the final day with Doug Bracewell, Neil Wagner and Mark Craig picking up a wicket each. 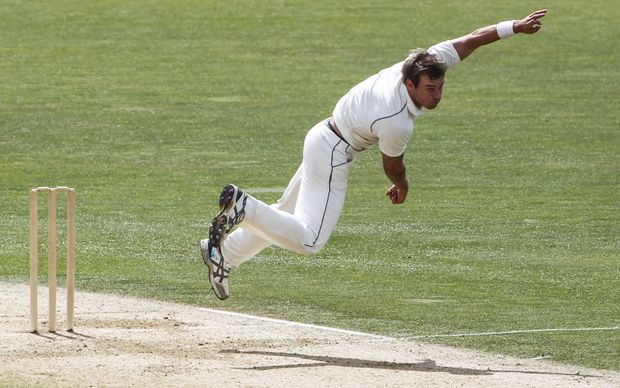 Wagner feels they achieved a lot in this match, the batters and bowlers have all had some good time in the middle and they'll just work on a few things and keep it simple heading to the first Test.

The first Test against Pakistan starts in Abu Dhabi on Sunday.

Off-spinner Ish Sodhi, who took five wickets in Pakistan's first innings, doesn't believe the pitches in the United Arab Emirates are as spinner-friendly as commonly thought.

Sodhi says the belief is that the pitches offer a lot of turn, but he says that's not the case and any turn is much slower than in New Zealand.

On top of that he is bowling to batsman who are adept at playing spin and that tends to balance things out.