The All Blacks will not be calling in cover for lock Brodie Retallick who was concussed during their Rugby Championship title sealing win over Argentina in La Plata. 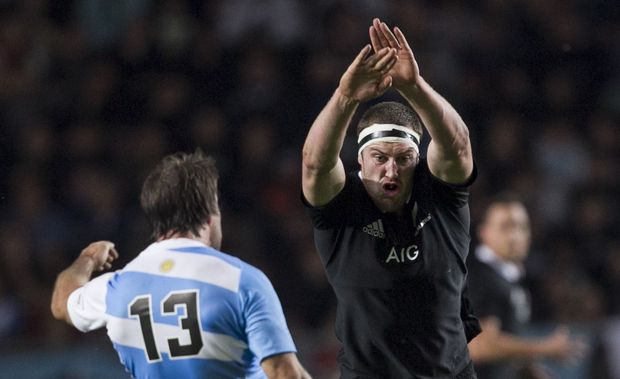 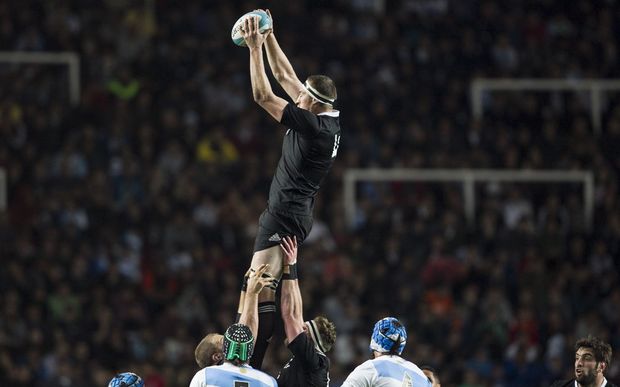 Brodie Retallick wins the ball. Test Match Argentina vs All Blacks during the Rugby Championship at La Plata. 2014. Photo: PHOTOSPORT

Retallick left the field during the second half, after copping a heavy knock to the back of his head during a ruck.

The All Blacks coach Steve Hansen says with Crusaders second-five Ryan Crotty joining the team they already have their allotted number of players for the remaining trip to South Africa.

Hansen says flanker Steven Luatua will cover lock. He says they're only allowed 30 players and Ryan Crotty is coming over so they can't bring anyone else over.

Crotty has been recovering from a cheek fracture and returned to rugby with his Canterbury provincial team last week.

Hansen confirmed hooker Dane Coles is flying over to join the squad for this weekend's final Rugby Championship match against the Springboks at Ellis Park.

Coles left the team in Argentina mid last week to return to New Zealand for the birth of his first child, a son, Jax Ronnie Coles, to partner Sarah Smith.

The All Blacks have flown out of Buenos Aires bound for Johannesburg via Sao Paulo.