Injured captain Michael Clarke has been named in Australia's Test and one-day cricket squads for next month's series against Pakistan in the United Arab Emirates as he battles to recover from a hamstring strain. 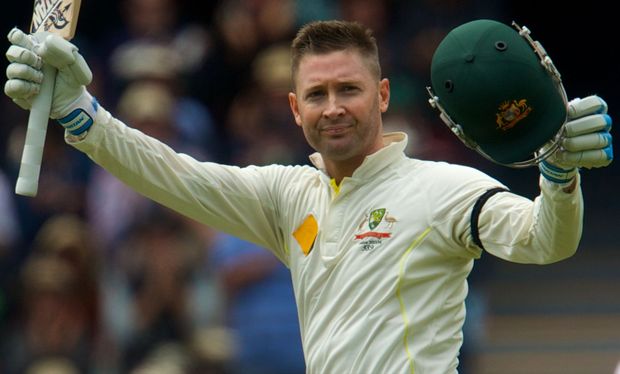 Australia's selectors are clearly hedging their bets of a recovery and named Clarke captain of the 15-man squad for the tests and also skipper of the 14-member ODI squad.

All-rounder Shane Watson has been named in all three test, one-day and T20 squads, after missing the one-day tournament against Zimbabwe and South Africa, having rolled an ankle when he stepped on a ball at training.

Top order batsman David Warner, who was rested from the Zimbabwe tour, has also been named in all three squads.

All-rounder George Bailey, who made his test debut against England at home last year but was dropped for the South Africa series after struggling with the bat, has also been named in the squad with top order batsman Phil Hughes.

Hughes, who has been in and out of the Australian team during his 26-test career, would travel to the UAE earlier than his team mates to spend time working on his batting against spin with the team's coaching consultant, former Sri Lanka test bowler Muttiah Muralitharan.

Selectors have also named uncapped New South Wales fast bowler Sean Abbott in both the one-day and T20 squads, with exciting young paceman Pat Cummins named in the T20 squad and set for his first international cricket in two years following a serious back injury.