The American swimming great Michael Phelps is undaunted by a series of rare defeats on his return to competitive swimming, which may even have hardened his resolve going into the Pan Pacific Championships which are underway on Australia's Gold Coast. 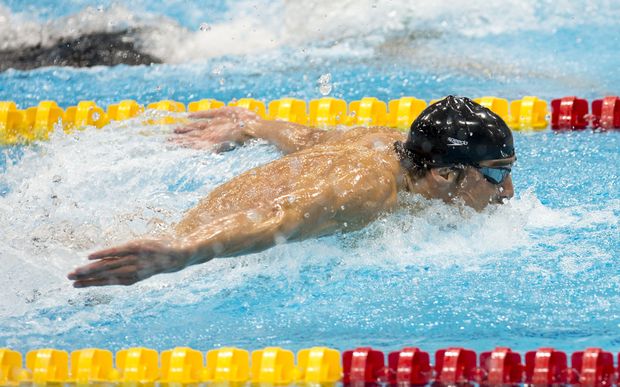 Phelps says his defeats at the recent US National Championships were a matter of simple mistakes he hasn't made since he was a youngster, but were easily fixed.

29 year old Phelps is eligible to swim in up to eight events, including relays at the Pan Pacs, and his longer term goals include next year's world championships and the 2016 Olympics in Rio de Janeiro.

Meanwhile the US womens star Missy Franklin has been struggling with back spasms and is in danger of missing the 4-day meeting.

Australia's 100 metres freestyle world champion James Magnussen also has back problems, but he says the prospect of taking on the Americans is too tempting to even consider standing down.