The Springboks coach Heyneke Meyer has chosen 20-year-old Handre Pollard ahead of the veteran Morne Steyn for the opening match of the Rugby Championship against Argentina in Pretoria on Sunday morning.

Pollard, who just two months ago was captaining South Africa's under-20 team at the Junior World Championship, will win a second cap with Steyn on the bench for the Test at Loftus Versfeld. 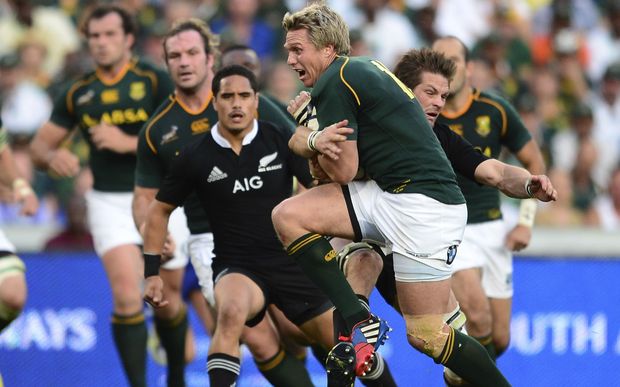 De Allende will debut alongside De Villiers, who plays his first game after a two-month layoff with a knee injury.

Coach Meyer, who had hoped to blood the Stormers centre in June's international wins over Wales and Scotland, says he's very excited to see what Damian can do after he missed out on making his debut in June because of an injury.

Meyer says de Villiers and de Allende have played together before, albeit not this way around, though the latter has experience of playing outside centre from his junior days and he got his break at inside centre when he had to step up in de Villiers' place.

There was no place in the squad though for flanker Juan Smith, who was hoping for a return to Test rugby after undergoing five operations on his Achilles tendon since his last cap in 2010.