The New Zealand cyclist Jack Bauer was just metres away from an historic stage victory on the Tour de France, before he was pipped at the end of the 15th stage to Nimes. 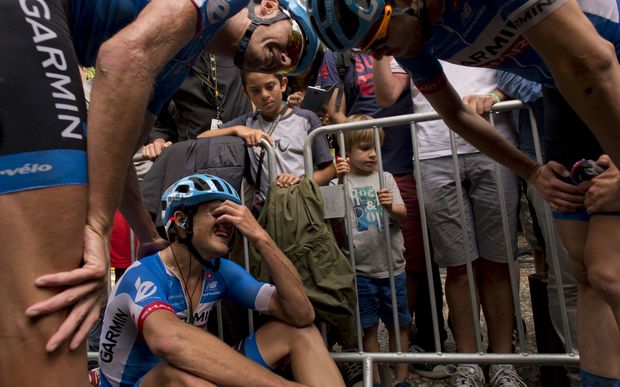 Bauer and Martin Elmiger of Switzerland broke away just after the start of the 222km stage and Bauer was on his own in front when he was caught by the chasing bunch just 100 metres from the finish line.

The pair had been more than eight minutes ahead with 30 kilometres to go.

Officially he finished 10th and crossed the line in tears.

Bauer says he really gave it absolutely everything and as his meltdown on the line showed, he was pretty disappointed to come away empty handed.

He says before the start, the team decided that one of them would be in the move no matter what it took.

Bauer says he probably waited a little too long to pounce on Elmiger late in the stage.

It would have been Garmin's first win on the tour.