The Blues' improbable chances of making the Super Rugby playoffs just got that much harder - they'll have to face the Chiefs without veteran All Blacks prop Tony Woodcock and their captain Luke Braid. 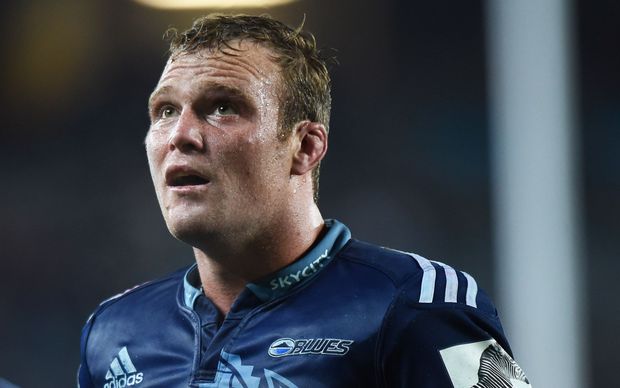 Shoulder injuries have removed the key duo for Friday's crunch home game against the champions.

Woodcock suffered a shoulder injury during last week's loss to the Crusaders and with a six-day turnaround, head coach Sir John Kirwan feels he won't be fully fit so it isn't worth risking him.

Sam Prattley replaces Woodcock at loosehead prop while Brendon O'Connor comes in for Braid, who has been carrying a shoulder injury all season and will undergo surgery on Thursday.

Charles Piutau returns to his favoured position of fullback in a reshuffled Blues backline, with Tevita Li going onto the left wing in place of George Moala while Lolagi Visinia is hoping to overcome a haematoma to his quad and is currently bracketed with Moala on the right wing.

Francis Saili also goes into centre for Pita Ahki, who has joined the New Zealand Sevens team ahead of the Commonwealth Games in Glasgow later this month.

The Blues face the daunting challenge of having to beat back-to-back champions the Chiefs by more than 38 points on Friday night whilst also denying them a bonus point, to give themselves a fighting chance of making the top six.

But they're yet to fail to win at Eden Park this season.