Gonzalo Higuain's early strike secured a nervy 1-0 win for Argentina against Belgium and sent the South Americans through to the last four of the football World Cup for the first time in 24 years. 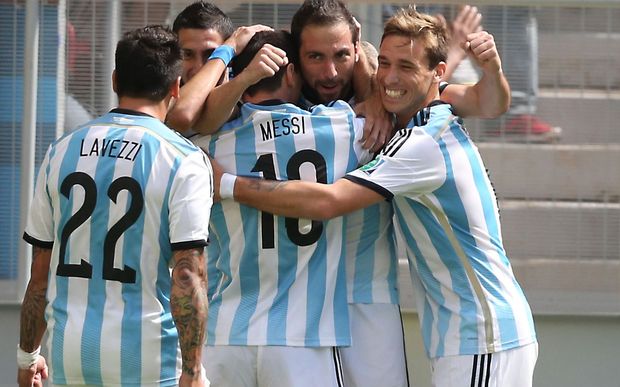 Higuain buried a shot into the corner of the net in the eighth minute at the national stadium to set up a semi-final clash against 2010 runners-up the Netherlands or surprise package Costa Rica, who play later this morning.

The 26-year-old Higuain reacted brilliantly when an Angel Di Maria pass was deflected towards him off Belgium defender Jan Vertonghen.

Belgium, whose best World Cup run was in 1986 when they were knocked out by Diego Maradona's Argentina in the semi-finals, had a couple of chances but otherwise offered little in attack despite sustained late pressure.

Argentina advance to the final four for the 5th time after being eliminated in the quarters in three of the last four World Cups.