Yellowing fodder beet is most likely a virus spread by aphids, rather than nutrient deficiencies, an agronomist has found. 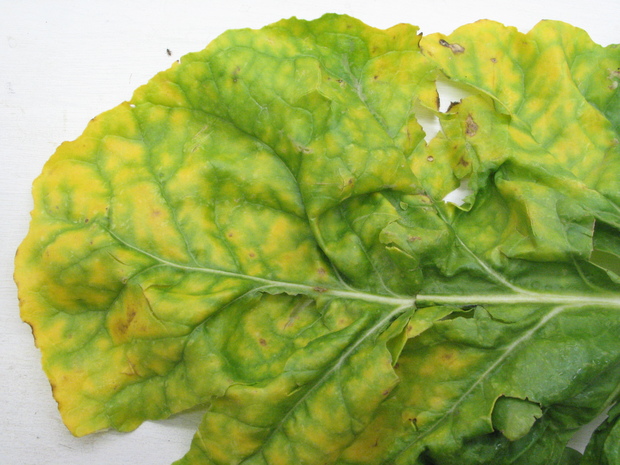 Ravensdown agronomist Chris Lowe said he had received many calls about yellowing fodder beat - a common winter crop used for stock feed - with most people believing it was caused by nutrient deficiencies.

But Mr Lowe said investigations and plant tests had revealed the yellowing was caused by the Beet Western Yellow Virus, which was mostly spread by the green peach aphid.

"Ninety-nine percent of the tests were coming back with virus. The virus opens the plant up to more diseases," he said.

It was not clear whether the virus affected yield, he said.

"No testing has been done here in New Zealand but, to my mind, if you have a paddock that's going yellow and not sizing properly it's got to have a big impact on the yield."

Animals could still eat yellow fodder beet but he was urging farmers to check with vets to be absolutely certain.

There was a lot of mis-information about the virus, because it was not widely known, he said.

Adding more fertiliser would not fix the problem but the timing of drilling the seeds would.

"The biggest defence that you can give is time of drilling. If you drill a bit later that can help with avoiding aphid flights. The downside of that is obviously impact on yield because we know if you can drill early there's more of a chance of getting a bigger yield."

As well, seeds should be treated with insecticide, not just fungicide, before drilling, Mr Lowe said.