Landcorp has been able to off-set some of the effects of this season's low milk prices by using Fonterra's guaranteed milk price scheme. 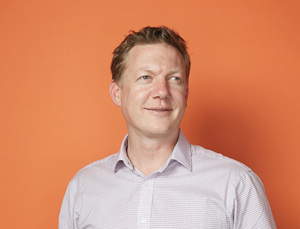 Landcorp is the country's biggest farmer and more than half its income comes from dairy farming.

The plunge in milk prices this season has been a big factor in its significantly lower profit.

It made a net half year operating profit of $1 million, compared with more than $12 million for the first six months of the previous financial year.

Chief Executive Steven Carden said it has locked in about a quarter of its milk production at $7 a kilo under the Fonterra scheme that allows farmers to supply some of their milk for a guaranteed price.

And he said Landcorp has committed a further amount at a guaranteed price of $4.70 which is the current forecast milk price.

"It's been a huge help. We locked away about 25 percent of our milk supply through the initial offer and secured a bit more in the second offer in December and obviously, given that we are likely to end up at $4.70 or less for the full year.

It's been a huge help for us, not just because we're on the right side of it this year, in terms of the payout price, but also because it just allows us to farm with a lot more confidence around what our top line's going to do and we can manage our costs appropriately," he said.

Mr Carden said "it's when we get big swings in price that we find it's a lot harder to manage the business and our banks and run the sort of business that we're after. We don't want to speculate and trade on milk price, where it's likely to be. We'd far rather have more certainty and forego a bit of margin, year in and year out, rather than ride the roller coaster."

Steven Carden said Landcorp is still bringing new dairy farms into production on former forestry land in southern Waikato, but it's not planning to continue its dairy expansion beyond that.

"Dairying's been growing pretty steadily in our portfolio in the last 15 years or so. It's well over 50 percent of our income now, and I think we'd certainly like to cap it at that.

We do have a big dairy development going on in the southern Waikato region which is continuing to build our exposure to dairy, so we're looking at alternative souces of income and we are certatinly hoping to get away from relying on bovine dairy as much as we have, and are looking pretty aggressively into a few new product categories to start to diversify away from that."