Police in Waikato are urging farmers to check their fences and gates after several cases of stock wandering onto busy roads. 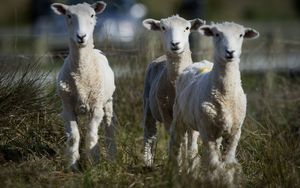 Last week, police had reports of at least 13 incidents, including cows, sheep, goats and a deer on state highways in the region.

Two people were seriously injured after collisions with cows in two separate incidents.

Waikato road policing manager Inspector Freda Grace said to avoid a tragedy, farmers needed to be vigiliant when it came to the state of their fences.

"It is about insuring the safety of your stock and by doing that, by checking your gates, checking your fences and ensure that there are no areas that you are unaware of that are perhaps letting stock through."

Federated Farmers Waikato president Chris Lewis said farmers were aware of the problem but it was a big job to constantly keep a eye out.

"You can't be everywhere and sometimes you put stock into a paddock, check the troughs and make sure it's all good and close them in and go.

"In many cases farmers have found their fences have been hit by a car or truck and no one has told them. No one has repaired the damage they have done, and (farmers) find their stock on the road because of someone else's neglect."

Mr Lewis said he did not believe farmers deliberately neglected the state of their fences.