Commercial properties in central Christchurch risk sitting empty and may face higher insurance premiums if they meet only minimum building requirements, according to a local property owner.

The Supreme Court has ruled councils have no right to demand earthquake-prone buildings be rebuilt to a standard above that required by law. 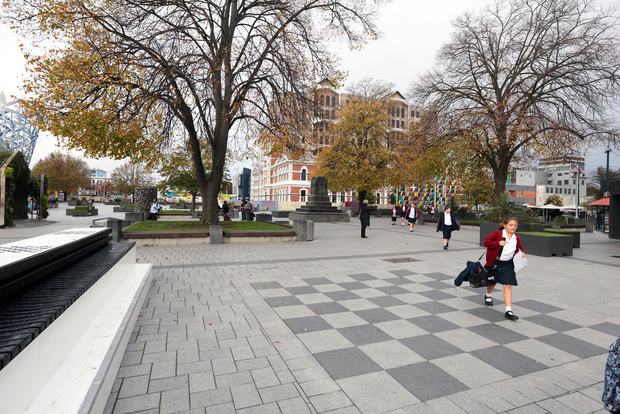 The case centred around changes Christchurch City Council made after the September 2010 earthquake, raising the minimum seismic strength requirements for building repairs to 67 percent of the current building code.

The Insurance Council argued the changes went beyond what was allowed by law, which requires buildings to be at least 34 percent of the code.

After two years of legal arguments, judges in the High Court, the Court of Appeal and now the Supreme Court have sided with the insurers.

"That enabled building owners to get on and know if they are upgrading their building to that 34 percent of new building standard, that they are not going to have some council come along in three or six years, change that ruling, and involve significant uncertainty for the future of that premise."

But Ernest Duval, who represents property owners in central Christchurch, thinks 34 percent of the standard is probably not enough.

He said anyone trying to rent a commercial building in Christchurch which met only the minimum requirements will struggle to attract tenants and risked paying higher insurance premiums.

"It's very unlikely you would get major corporate or government departments because the perception is that if you are at 34 percent then your building is essentially a third the strength of the current code requirements. There's a whole range of issues which would flow from that."

"We've built about a quarter of the total number of replacement buildings we need to build in Christchurch and there's a stream of stock coming onto the market of extremely high quality buildings," said Mr Duval. 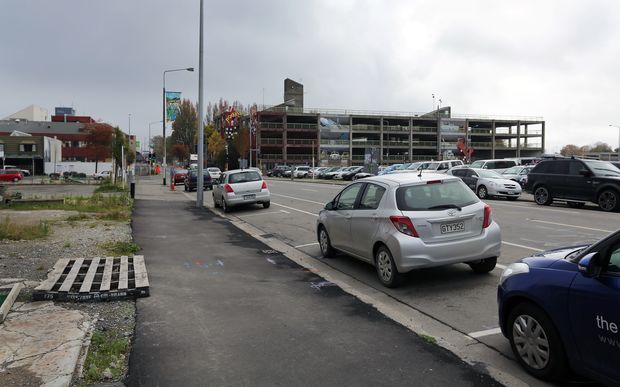 About a quarter of the rebuild in the central city is complete, and Mr Duval says many buildings are of very high quality. Photo: RNZ / Diego Opatowski

But the head of the Property Council, Connal Townsend, who represents owners and investors of commercial property, said the government has struck the right balance and people had nothing to fear.

"As a general principle at 34 percent everyone's going to be pretty safe. To increase it and demand 67 percent - there is no authority at law and ... billions of dollars of extra cost would be involved in strengthening for, frankly, very little value in terms of public safety. "

Mr Townsend said the only advantage of going up to 67 percent was that it was possible that the building itself might survive, whereas at 34 percent, people might get out safely, but the building might be irreparable.

"But that's a decision for the owner to make, it is not a decision the council should be making," he said.

Mistakes of the past need to be remembered

A spokesperson for the survivors of the CTV Building collapse says there was a danger building owners will forget the lessons of the past and fail to adequately strengthen them.

CTV survivors spokesperson Peter Brown said despite what the law said, building owners should still take steps to make their premises as safe as possible.

Mr Brown said as time went on people forgot what the consequences of not doing this can be.

He said he would support a proposed law change requiring buildings such as fire stations and hospitals to be built to a higher standard.

"I think the CTV building is a typical case of where they come up with a new way of doing things and it just didn't stand up to the test of an earthquake."

Wellington City Council has been working with landlords to try to bring hundreds of buildings in the earthquake prone capital up to scratch.

It has more than 600 buildings, of more than 20,000 nationally, which do not meet the 34 percent threshold.

Councillor Iona Pannett said that was a minimum standard.

"We actually do recommend that people consider building to a higher strength and certainly in terms of our public buildings we build to a much higher level that that, like of minimum of 67 percent and we'd try to go higher."

A select committee is currently considering those recommendations.

Dr Smith said while the minimum standard was likely to stay at 34 percent, councils will have some discretion.

"There are also provisions where specific classes of buildings can be taken above that 34 percent class and that does include discretion for councils, for instance, when we are dealing with buildings that are on major routes or emergency buildings like hospitals or fire stations."

Dr Smith said he hoped the bill would be back before Parliament for the third reading by the middle of next year.