Another building designed by the disgraced engineer who designed Stadium Southland has been closed.

The Wanaka community pool building has been found to be at risk in an event such as an unusually heavy snowfall, or an earthquake.

Anthony Major was expelled from the Institution of Professional Engineers this week for negligence and incompetence over the design of Stadium Southland, the roof of which collapsed in 2010. 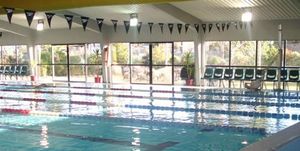 The Wanaka community pool building has been closed. Photo: Supplied

He said it will remain closed until the council has decided how to strengthen it.

However, Mr Feeley said the fact Mr Major was involved does not appear to be a factor.

He said as far as he can see, the building was built to the code required in the early 1990s, but standards have moved a long way since then.