The lead designer of Christchurch's CTV building, David Harding, has been suspended from the register of Chartered Professional Engineers. 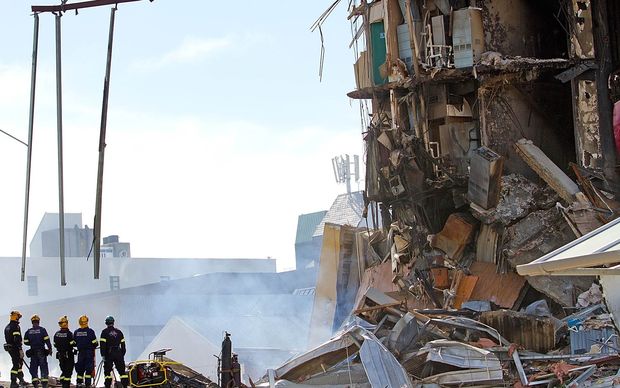 The ruins of the CTV building Photo: AFP

The building collapsed in the February 2011 earthquake, killing 115 people.

In a decision released today, the Institution of Professional Engineers New Zealand's (IPENZ) disciplinary committee concluded he breached its code of ethical conduct.

The committee said he failed to mention in his application for reassessment as a Chartered Professional Engineer that he had designed the CTV Building in 1986.

It also ordered him to pay $10,000 toward the costs of the inquiry and disciplinary process.

Mr Harding resigned from IPENZ earlier this year just before a disciplinary hearing was about to start.

However, the High Court subsequently ruled IPENZ could hear complaints against Mr Harding because they were received while he was still a member.

IPENZ chief executive Kieran Devine said naming Mr Harding was a major sanction and, in terms of his professional reputation, far outweighed the significance of a fine.

Mr Harding's employer, Alan Reay, is due to face a disciplinary hearing over his role in the design.