Theatre lovers rejoiced in Christchurch last night with the long-awaited re-opening of the 'grand old lady', the Isaac Theatre Royal. 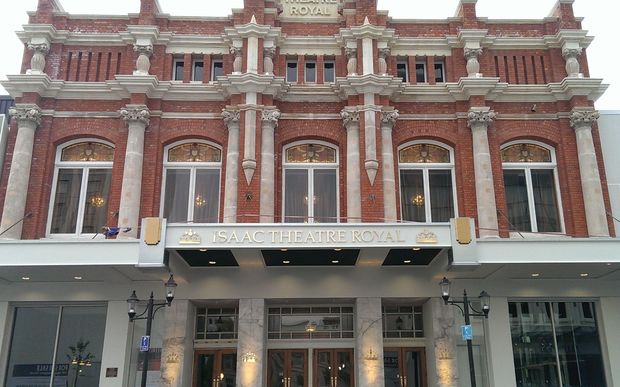 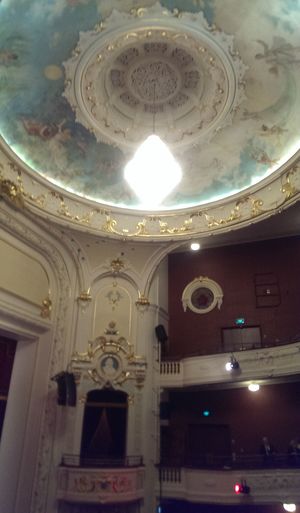 Since the February 2011 earthquake, the severely damaged structure has virtually been rebuilt from scratch, undergoing what is being described as one of the most intricate restoration projects in the South Island city's rebuild.

Since the first iteration of the building was opened in 1863, there have been three Theatre Royals in Christchurch. Originally called the Canterbury Music Hall, it later became the Royal Princess Theatre, and after refurbishment the Theatre Royal.

During its 151-year history, she has been rocked and shocked by the likes of the Rolling Stones and Garry Glitter, serenaded and seduced by Roy Orbison, and primped and preened to host Russia's prima ballerina of the 1920s, Anna Pavlova.

But last night when the plush velvet curtains finally went up, it was Russian national dance show Kostrama that enraptured the audience.

The February 2011 quake left the walls of the auditorium partially collapsed, floors and foundations subsided and sunken, flooding and liquefaction in the orchestra pit and the walls of the first floor offices and parapets collapsed.

There was significant damage to the heritage facade, painted canvas ceiling dome and the ornate plaster work. 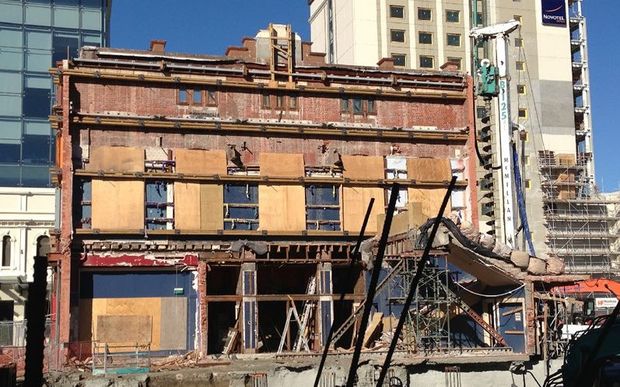 Repairs in the late 1990's and about 10 years ago perhaps saved the theatre from complete collapse on 22 February earthquake and then, several times later throughout that year of seismic upheaval. 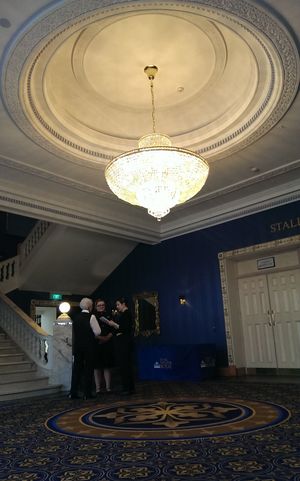 All heritage fabric has been retained and restored. Photo: RNZ / Nicola Grigg

But the repair job, at $40 million, has not come cheap.

Chief executive Neil Cox has overseen the three-year job and said the project had been significantly more elaborate in design and complexity of construction than originally estimated with the theatre essentially being rebuilt from Façade to Proscenium Arch.

Mr Cox said it had been a project of blind faith. "It really has been that process. There has never been a day really when we thought that we couldn't do it. But of course, the lows have been trying to get to a point where you know you have a significant short-fall and how that was going to be resolved."

Extensive quake strengthening work undertaken in 1998-99 without doubt saved this 100-year-old heritage building from complete collapse, he said. All heritage fabric has been retained, restored and/or reinstated and the design achieves 100 percent of the new earthquake building code, making it the strongest and safest performance venue in New Zealand. 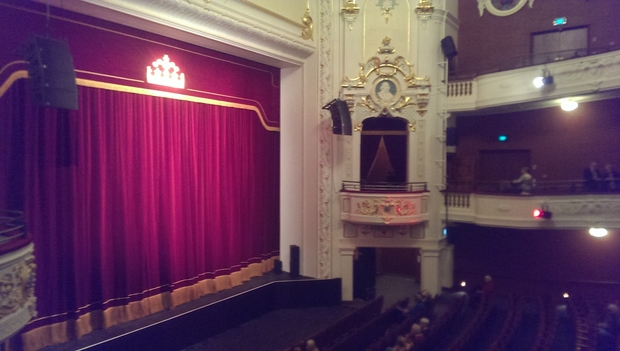 There have been three Theatre Royals in Christchurch since it first opened in 1863. Photo: RNZ / Nicola Grigg