Anglicans and Catholics are worried proposed changes to planning rules in Christchurch could make it hard for them to rebuild earthquake-damaged churches. 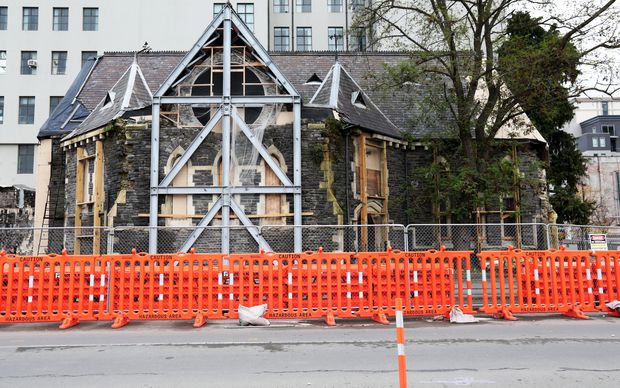 The Proposed Christchurch Replacement District Plan moves from giving churches special recognition to treating them in the same way as cinemas and sports clubrooms.

Under the current District Plan spiritual activities involving churches are treated separately to other activities that involve large gatherings.

The plan says this is in recognition of the service churches provide to the community, not only each Sunday but also through food banks and as places for the community to gather.

This means that churches are able to continue operating in largely residential areas, where other organisations and businesses, such as cinemas and sports clubs, are prevented from operating.

Anglicans and Catholics have both made submissions on the proposed plan changes and say under the new rules this special recognition disappears.

Instead they would be treated as "places of assembly" and be subject to the same restrictions as cinemas and sports clubs if they applied to rebuild churches in residential areas.

This means, for example, that churches in residential areas could be deemed as non-complying activities and have to go through a resource consent hearing to gain approval, or they could even be turned down.

The submission from the Anglican Church describes this as a paradigm shift in the way it's been treated up until now.

The proposed plan has a height restriction of 8 metres for churches and limits their floor plan to 200 metres.

The Anglican church says this is unrealistic and impractical, especially for churches with spires and bell towers.

It wants the height limit increased to 12 metres, and points out that the Cathedral spire was just over 60m high.

The changes present a real problem for both churches.

The Anglican Church alone has 136 properties in Christchurch and Banks Peninsula and says most of these suffered some form of earthquake damage.

It is in the process of establishing which ones it needs to rebuild or strengthen to bring up to the new building code.

And the church is worried about the extra compliance costs it might face for having to apply for resource consent to rebuild churches in residential areas, including in places where a church has stood since the city was first settled.

The Catholic Church is in a similar position and, like the Anglican Church, is considering where its churches are best placed to take account of shifts in the population after the quakes.

Neither the Basilica nor the Cathedral are affected by the new changes as they are in the centre of the city.

Both the Catholics and the Anglicans say the council needs to take account of the special place churches have in bringing the community together.

Submissions on the early stages of the Proposed Replacement District Plan have closed, and they are currently being presented to a hearings panel.

The Anglican Church will speak to its submission this Friday.

The final version of the first phases of the proposed plan will become active from the middle of next year.