Labour Party leader Jacinda Ardern says she's proud of her track record on child welfare, despite falling short of a target the party had set in 2017. 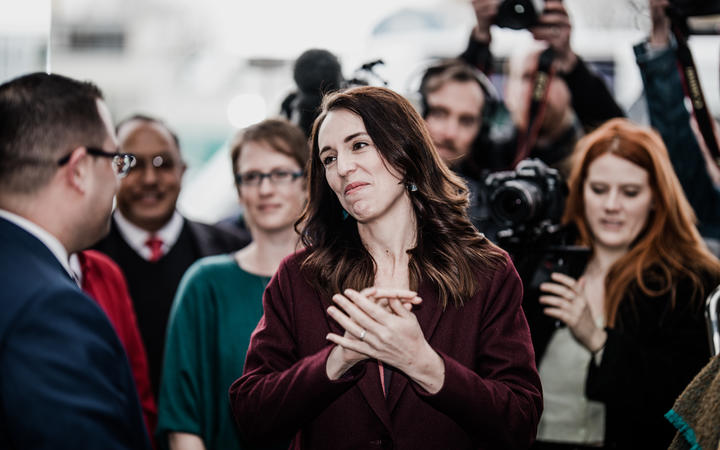 Labour's 2017 policy announcement promised to lift 100,000 children out of poverty by this year, but UNICEF has ranked New Zealand as one of the worst places in the developed world for children.

However, Ardern said there was a lag in running estimates on how many children had been lifted out of poverty.

She said that 50,000-74,000 figure was only based off the families package changes, and the differences made from increases to winter energy payments and benefits would take time to show.

"I'm confident we've made a big difference there. Covid-19, however, is likely to have provided a setback. I have not yet, however, said we should revise our targets, I want to keep that ambition because actually in these difficult economic times we need to maintain that ambition not let it fall away."

In addition, the Welfare Expert Working Group had recommended that a significant rise in benefit payments, 47 percent, for the poorest families would be required to lift more people out of poverty.

However, Ardern said they had already raised benefits and that percentage did not take into account things like the extra money sole parents could now earn.

"It is the most significant increase we've seen in New Zealand in decades. The children's commissioner himself acknowledges what a difference we've made as a government on child poverty issues. And actually I'm really proud of that, Susie, that is making a difference to families.

"In total, some people fall back solely on the main benefit increases - if you take the combination of what we've done with the Best Start payment, with the winter energy payment with the increase to family tax credit, a large proportion of sole parents are getting an extra more than $100 a week because of those changes."

Providing more support for sole parents was key to making a difference long-term, she said.

On the other hand, the party leader conceded that even if re-elected, they would not be able to achieve the recommended 47 percent benefit increases by the end of next term, but aimed for "incremental progress".

"We wouldn't be able to do everything that they've suggested all at once, it's just not feasible. They were suggesting 40 percent increases in one go, we couldn't do it, but we've made significant changes that I am proud of."

Ardern said the priority at the moment was to reinstate training incentives and move on abatement so that people could keep more of their part-time earnings.

"We'll keep moving on those recommendations as we're able to, but those are our two priorities."

She also said she stood by her achievements for Māori, who are disproportionately affected by poverty, citing the $230m investment in rebuilding Kōhanga Reo, te reo Māori revitalisation, support for Whānau Ora, investment in papakāinga housing, Māori employment initiatives, and commitment to teaching New Zealand history in schools.