New Zealand is near the bottom of a UNICEF league table ranking wealthy countries on the wellbeing of their children. 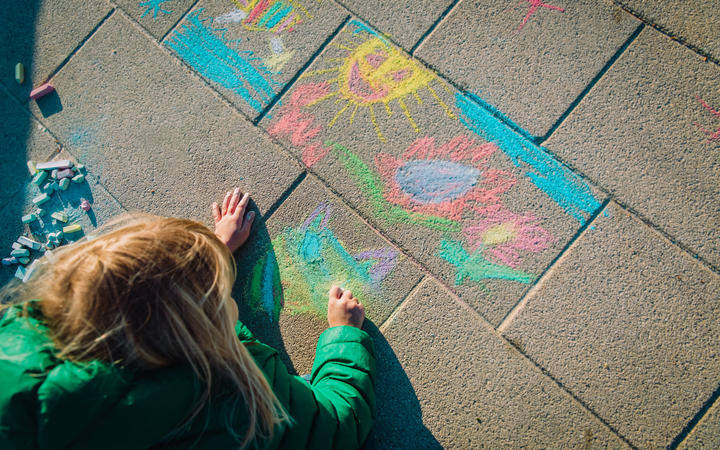 The UN Children's Fund rankings show this country's youth suicide rates are the second highest in the developed world, with 14.9 deaths per 100,000 adolescents, and only 64 percent of 15-year-olds have basic reading and maths skills.

The rankings also show too many children and young people in New Zealand are overweight and obese.

On mental wellbeing alone, New Zealand sits at 38th on the list and on physical health it is ranked 33rd. 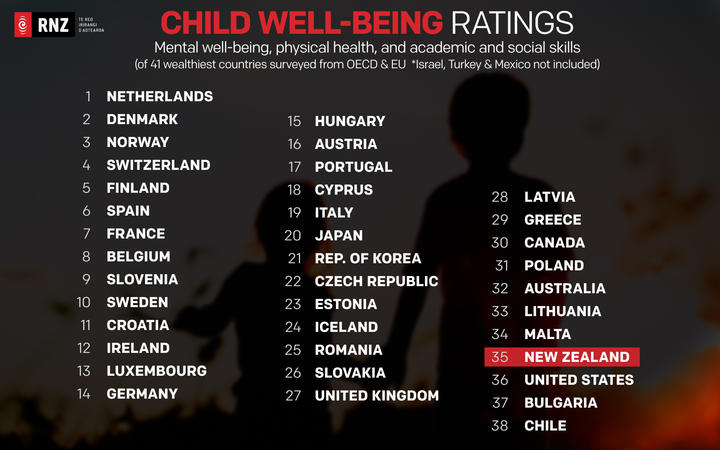 When UNICEF - the UN Children's Fund - ranked countries on their social, education and health policies to support child wellbeing, New Zealand was in the middle of the pack, at number 20.

That ranking looked at things like parental leave, the percentage of households living in poverty, immunisation rates, and the number of young people not in education, employment or training.

New Zealand ranked 5th for the society measure, which took into account the percentage of people who have someone they can count on in times of trouble and the homicide rate.

The country was 1st for environment, which looked at air pollution and water quality.

"I think we normalise inequality. Somehow it's alright that some families can't afford homes and are living in motels and emergency housing. Somehow its alright that many of our lower socio-economic families can't access high quality early childhood education. And then we wonder why we finish up with a statistic like only 64.5 percent of 15 year olds have got proficiency in reading and maths.

"It all adds up to these results and we've got to decide that now is the time to turn that round."

"Right now in Covid-19 there is a real worry we're increasing inequality," she told Morning Report.

She said while there were wage subsidies and mortgage holidays, there were no rent holidays, and the doubling of the winter energy payment was due to run out on 1 October.

"I just think we're in danger of investing in the New Zealanders who already have wealth and assets and forgetting that the poorest New Zealanders, people living on benefits, are not being well supported."

Organisations in New Zealand had been doing good work on youth suicide prevention, she said, and newer data will show what effect that is having.

"I think there's some understandable reasons why this year there's been a big switch away from implementing the government's flagship policy, the child youth wellbeing strategy, but I'm very determined we get that back into focus otherwise we go backwards from here."

Prime Minister Jacinda Ardern says the report largely paints a picture of the previous government's underinvestment and did not take recent progress into account.

The government accepted the recommendations to consult with children, ensure an integrated approach to child wellbeing and plan for the future, she said.