Under Labour's welfare plan, the training incentive allowance for higher skilled courses would be reinstated, and people on a benefit and working part-time would be able to earn more. 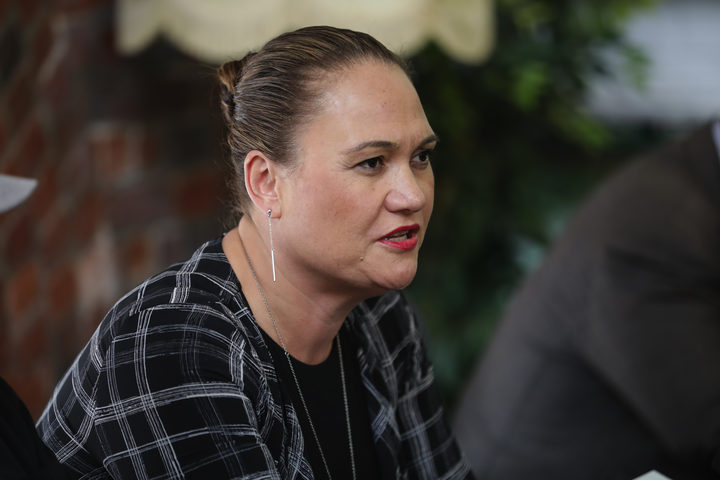 In 2009, the National government cut back training incentive allowances (TIA) to sole parents and those on invalids' benefits - restricting them to sub-degree study.

Sepuloni said this allowance was an investment in a family's future, and one she herself had used in the past.

"Access to support for higher level courses under the TIA was taken away by National, despite the responsible, Minister Paula Bennett herself having benefited from this support.

"Labour is putting the ladder of support back in place after National pulled it up behind them," Sepuloni says.

In 2018 about 900 people accessed the allowance; if people could get it for degree level study that would boost those numbers initially to just over 6000, rising to 15,000 in later years.

It's targeted at sole parents, disabled people and their carers, and provides extra support towards the cost of study.

"Research shows those who gain higher level qualifications are more likely to get a job, build a career and earn more," she says.

"This support is critical to ensuring that our people continue to develop the skills needed for New Zealand's economic recovery and rebuild."

Ana Pahulu, who was present at the announcement in West Auckland, started her study in the University of Auckland in 2004, when her daughter was three-and-a-half years old.

She said being on a single parent benefit meant ends were never met and the Training Incentive Allowance helped.

Pahulu said the money enabled students like her to take a bus to lectures, and print and photo-copy assignments, and the announcement made her extremely happy as more families will benefit from it.

"It translates to very real small things and the things that actually enable you to do your studies."

This policy would cost about $431 million over four years, and around $187m in capital over 10 years and will be paid for out of the Covid Response and Recovery Fund.

Labour would also increase abatement thresholds so people could earn more in part-time work - up to $160 a week, before their benefit is reduced, about eight hours on the minimum wage. At the moment benefits start reducing for any earnings over $90 a week for someone on Jobseeker support.

The thresholds would also increase for Sole Parent Support the Supported Living Payment.

"This will enable people to keep more of what they earn and increase the financial incentive to stay in or take up part-time work.

"This policy builds on the change we already implemented to lift abatement rates in line with minimum wage increases," Sepuloni said.

"We know that part-time work can be an important step toward full-time work, but the current thresholds can make it hard for people to enter the labour market or take on more part-time work. It also means low income families don't get to keep extra income they earn that could help them get by."

"We're very clear that one of the most urgent changes that need to be made is a guaranteed minimum income, which will lift the current benefit rates to a level that actually allows people to live with dignity," Davidson said.

"The Greens obviously will go a lot further in our proposals. We're pleased to see Labour come a little bit towards those plans as well."

National Party's social development spokesperson Louise Upston said Labour was too focused on welfare, despite there already being job opportunities in industries like horticulture.

"People are way better off in work, it might not be the dream job but a job is better than no job. We've got to make sure that we are connecting people to the jobs available and that the focus is on an economy and businesses where jobs are being created."

Currently if someone is receiving the Jobseeker Support unemployment benefit and earns more than $90 per week, they will lose 70 cents of their benefit for every $1 they earn.

For sole parents who are receiving the Sole Parent Support benefit and disabled people or people with longer term health conditions on the Supported Living Payment, they can currently earn up to $115 before their benefit is reduced by 30 cents for every $1 they earn.

They then have a second threshold of $215, and every $1 earned after this is reduced at 70 cents per dollar.

The estimated cost is up to $320m over four years; additional costs of year on year increases in line with minimum wage were already committed in Budget 2019.

Labour's already announced its plan to expand the Flexi-Wage programme with an additional $300m to increase the average subsidy to $7500 and enable up to 40,000 people to take advantage of the programme.

As part of its Covid response, the government boosted main benefits by $25 a week, and doubled the Winter Energy Payment for this year.