Judith Collins says the caucus is united in her leadership in her first interview with Morning Report as National Party Leader. 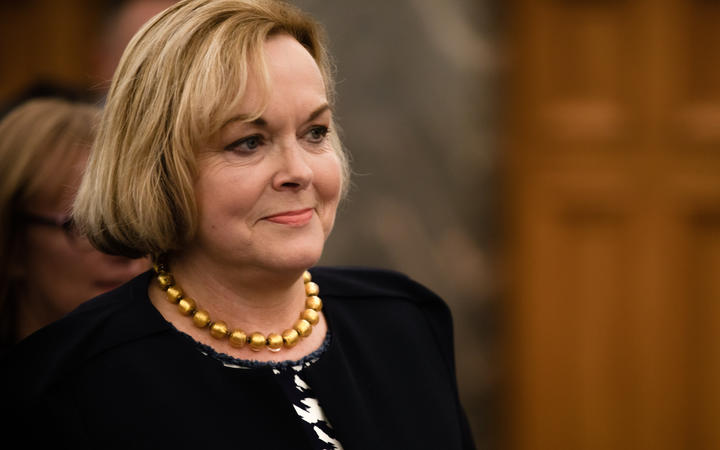 MPs scrambled to get to Wellington for a vote, and by 9pm last night, Collins was elected leader with Gerry Brownlee as her deputy.

It's Collins' third tilt at leadership and she told Morning Report the "time was right" in this contest.

She said the party is very united because they want to win.

"If you look at that caucus, all standing with Gerry and me and the team last night, that looked like a pretty united caucus to me and it looked like a very good team."

Collins said there will be a "very minor" reshuffle due to her and Brownlee shifting positions.

"We just need to make sure we do some accomodation around that."

As for health spokesperson Michael Woodhouse, who has been involved with the Michelle Boag saga of leaked patient details, Collins said she would "look at the facts", have a chat with him, and decide his fate today.

"I'm absolutely not at all comfortable with it [the leaks]," Collins said.

"I thought it was extraordinary and I've never seen anything quite like that. I'm taking this very seriously."

Collins said she's not particularly worried about diversity on the front bench and repeated her question of whether there's something wrong with being white.

"Well is there? Is there something wrong with being white?" she asked.

She said, having a Samoan husband, she's familiar with bigotry but diversity can also mean diversity of thought.

"I think most New Zealanders aren't worried about things like culture wars," she said.

However, she said Shane Reti has performed very well in his job.

"I think he's an outstanding New Zealander and MP and he's one of our standout people."

Collins said the National Party doesn't want to have the kind of culture described in Nicky Hager's 2014 book Dirty Politics.

She was a big figure in the the scandal with her connections to attack bloggers. While she wouldn't specifically apologise or admit wrong for what happened during that period, she said she's moved on as a person.

"The whole culture at the time wasn't one that was conducive to doing the very best we could."

"You can't be focussed on New Zealanders when you're busy playing politics.

"One of the things I've learned over the years is you only ever learn from your mistakes, you don't learn from your successes. The National Party is very focussed on not repeating any mistakes."

Collins said policies will be outlined very shortly, but her party is focused on economic growth and RMA reform.

She said she will not increase taxes or cut services. Instead there will be a focus on growing the economy to pay down debt.

While she praised the government's health response to Covid-19, she said the borders could be better managed and there needs to be a plan to reopen to country.

She said there will be an announcement in the "near future" on what the National Party's plan around the border will look like.

"We can't stay in lockdown forever, the country needs international students and tourists," she said.

As for whether she thinks she can win the election, Collins said "of course."

"I woke up this morning and I thought 'right, here we go.' And we're just gonna do it."