A cabinet paper from the Social Development Minister, Anne Tolley, which has been obtained by Radio New Zealand, proposes funding changes to focus more on reducing child maltreatment, youth crime and family and sexual violence. 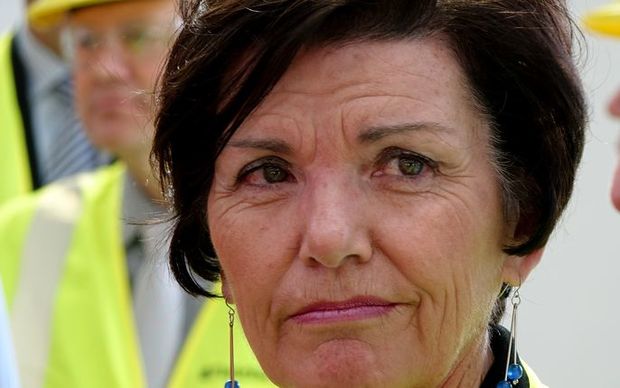 But it warned some providers might have to lay off staff or cease operations altogether as a result of the changes.

The paper said it wanted funding of community organisations tied much more specifically to making improvements in the lives of children and their families.

Green Party co-leader Metiria Turei the moves were about the Government wanting to save money.

"So they will require non-government organisations to change they way they work and pay for it themselves, and then are still threatening to cut services and move that money around," she said.

Mrs Turei said pushing the idea through without at least putting more money into the sector would destabilise NGOs already uncertain about future funding.

The Government proposes the new investment strategy is phased in over three years from July, a timing Labour's social development spokesperson Carmel Sepuloni said was too tight.

"PriceWaterhouseCoopers warned the Government in its own report that rushing this extensive process was risky, but still the Minister was pushing for rapid implementation."

Ms Sepuloni feared young people could fall through the cracks if some organisations closed down.

The Minister said in a statement that no Government decisions had been made on the funding revamp.

She said it was an issue which has been discussed at length with the sector.

"There is no secret that we are putting a strategy together to get better results for our target groups - vulnerable children, young people and adults, as well as better value for taxpayers for the $328 million we spend in this sector."

"We also need to do more to gather better evidence of what was working," she said.

One organisation that believes it could be vulnerable is the Maori Women's Welfare League.

Its president, Prue Kapua, said it was a worrying time for organisations doing work which was not considered a priority.

"There is a lot of emphasis on the vulnerable child, and that's an important issue, but a lot of our work is aimed at trying to get the family functioning.

"When you start to isolate out particular groups only for priority, it means that a lot of that other work that you need to be doing gets left, and that's really unfortunate."

However, Youthline chief executive Stephen Bell said the draft strategy reflected the reality of the sector.

"To think that because you do good work you deserve to be paid, I think, is an old paradigm. You need to be able to demonstrate that you can achieve outcomes, you can actually achieve results.

"Though it's tough and it's hard, I think it's not just about providing things so that people feel good; it's actually about bringing about change."

The country's largest provider of counselling and support services, Relationships Aotearoa, says it has been told by Ms Tolley that it is ahead of the sector in setting itself up for the changes outlined in the strategy.

Principal strategic advisor Cary Haywood said that was ironic considering Relationships Aotearoa faces having to fold without extra funding from the Government.

Mr Harwood said other NGOs, particularly small providers, would may struggle to make the transition the Government is seeking if they did not not receive funding to set themselves up for the changes.