Much of the debate about the appointment of Labour's foreign affairs spokesperson David Shearer to the Intelligence and Security Committee has focused on the spat between Labour and the Greens.

That is part of the story, but only a small part.

What is more important is the question the matter raises again about the oversight of the country's spy agencies. 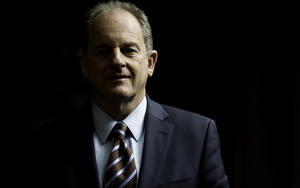 The Greens are angry that not only have they been ousted from the committee but that Labour leader Andrew Little did not consult with them before he decided to nominate Mr Shearer.

This is not a select committee of Parliament, even though there was a debate and vote in the House on the matter.

Instead this committee is set up by law and the Prime Minister has the responsibility for appointing Government members while the Opposition leader appoints those from the Opposition benches.

While MMP has been in place for some time and there is more than one opposition party the Labour leader retains the title of Opposition leader and the responsibility that goes with that.

Mr Little has acknowledged he should have consulted the Greens but stands by his decision to appoint Mr Shearer.

There are very good reasons why the former Labour leader should be on the committee. He has sat on it before while the Greens' preferred candidate, their co-leader Metiria Turei, has not. 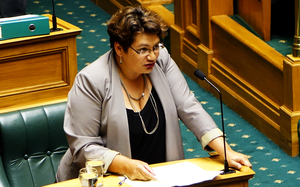 Mr Shearer also has a deep understanding of security matters from his years spent working for the United Nations in some of the world's most dangerous places.

Yet the Greens argue that the new make-up of the committee represents a return to the old two-party club of National and Labour running an eye over the Security Intelligence Service and the Government Communications Security Bureau.

Stretching back to at least 1999 previous committees have had representation from Parliament's minor parties.

In the previous Parliament the outgoing Green co-leader, Russel Norman, was a member.

The Prime Minister, John Key, is glad to see him go and not be replaced by another Green MP.

"Labour have made absolutely the right call, I mean in the end the Intelligence and Security Committee is a very important committee, I think it's very important that it works in a bipartisan way if at all possible.

And Labour and National have historically worked very successfully on that committee together," Mr Key said.

The problem is while the Intelligence and Security Committee should be very important, in reality it is not.

For a start its deliberations are not open to the public. There is no public scrutiny of what the country's spy agencies are up to.

Members of the committee, including those from the Opposition, are sworn to secrecy although it appears even they do not get much information about the operations of the agencies they are meant to be scrutinising.

Compared with other jurisdictions the committee is toothless and a waste of time.

The public is expected to simply accept the assurances of the committee that everything is above board.

As the spy agencies are given more powers, such as those given to the SIS in legislation late last year, they need more open scrutiny.

The Greens are right to worry that a cosy agreement between Labour and National might mean serious questions about the conduct of the spy agencies not only remain unanswered but also are never asked.

Dr Norman says Mr Key did not like him on the committee because he asked difficult questions.

The United Future leader and government minister, Peter Dunne, believes there should be more public scrutiny of the spy agencies.

Mr Dunne hopes the upcoming review of the legislation governing them will lead to that but he is not holding his breath.

Mr Key says they are coming under increasing scrutiny and points to the increasing powers given to the Inspector-General of Intelligence and Security, Cheryl Gwyn, to inquire into their activities.

There is some truth in that but even her work remains shrouded in secrecy.

Ms Gwyn refused, for example, to answer questions on her report into whether the SIS had acted improperly by disclosing information about a meeting between the then SIS director Warren Tucker and then Labour leader, Phil Goff, in 2011.

It meant reporters were unable to question her about contradictions in the report.

Nor was she required to appear before a select committee to face any scrutiny of the report.

In the context of ongoing secrecy the decision by Mr Little to appoint Mr Shearer to the Intelligence and Security Committee and Mr Key's appointment of only National ministers to the committee does nothing to improve public confidence in the oversight of the spy agencies.