German Chancellor Angela Merkel says Germany and New Zealand are taking a very similar approach towards Islamic State in Iraq, and her country has no intention of sending in combat troops.

Dr Merkel made the comments during a whistle-stop visit here, ahead of the G20 summit.

Germany had already provided weapons and training to Kurdish fighters.

She said it might provide more training resources but, like New Zealand, believed making sure the Iraqi government was more inclusive would make the difference in the long term.

Dr Merkel was asked whether she had any concerns about her cellphone being monitored while visiting, following allegations of US eavesdropping on her and other German citizens, and New Zealand's membership of Five Eyes. 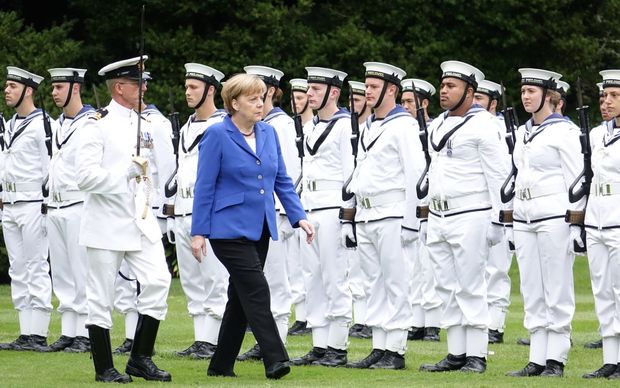 In response she said Germany relied on information sharing to maintain security, but did believe the US was ''out of kilter'' when it came to surveillance-versus-privacy.

However, she said she had raised such concerns directly with the US, and its President Barack Obama.

Mr Key told reporters if he wanted to know something, he would ask the Chancellor directly, and assured her she had nothing to fear while in New Zealand.

Dr Merkel said she was keen to keep developing the relationship between Germany and New Zealand, and invited Mr Key to her country in a reciprocal visit. 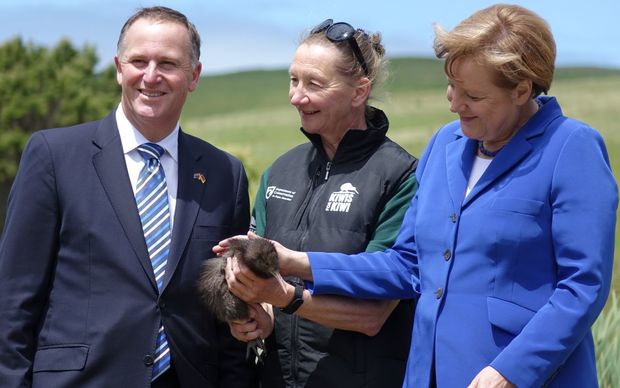 During her visit, she laid a wreath at the Auckland War Memorial Museum, and also released a Kiwi on the Motutapu Island sanctuary.

At a joint media conference shortly after, Dr Merkel talked to reporters about her encounter with the young bird called Whau.

"I was informed that this long beak does not lead to him nipping you, the movement of his beak just shows that he's a bit nervous, and actually you might almost call it fur, the feathers that a Kiwi has...very soft, very pleasant."

Mr Key noted that Whau is the 19th bird to be released into the sanctuary, and will be the most famous.

At a news conference this evening, Canadian Prime Minister Stephen Harpers aid the threat of lone extremists carrying out attacks was a problem that countries like Canada and New Zealand would face for some time.

Mr Harper was speaking about the attack on Canada's parliament last month.

But he said such attacks were extremely hard to predict and prevent, and were a concern for security agencies all around the world.

Earlier today, Mr Key said Canada was in a "slightly more forward leaning position" than New Zealand because it already had special forces in Iraq as part of the international efforts to combat Islamic State.

He said he would be interested to discuss exactly what Canada was doing and how it was progressing.

Mr Harper and wife Laureen were welcomed to Government House by local iwi and a guard of honour, today.

He also laid a wreath at the cenotaph at the Auckland War Memorial Museum.

Both leaders will spend the day in Auckland, before heading to the G20 in Brisbane. 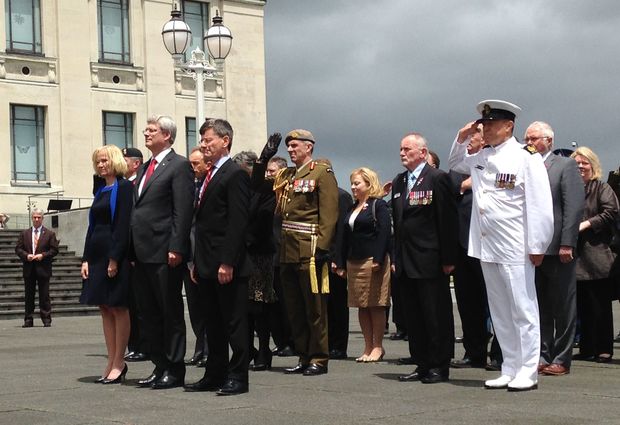 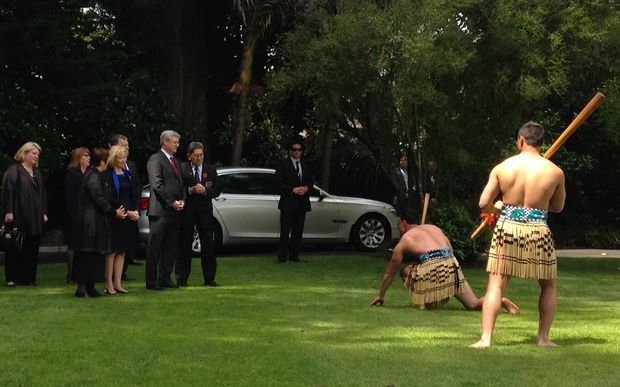