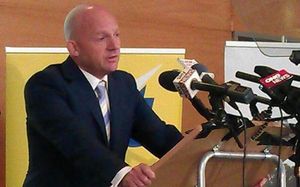 The ACT Party says, if it is elected to Government, it would allow shopkeepers to keep weapons such as baseball bats behind the counter, to protect themselves against crime.

Dr Whyte said there had been an escalation in armed hold-ups and violent offending at shops, and those working there should be able to arm themselves.

He said the killing of a shopkeeper, Arun Kumar, in his west Auckland dairy in June, should never have been allowed to happen.

"We'd allow them to keep weapons. Probably the most obvious one would be a baseball bat or something like that. The problem - one reason I think people wouldn't choose to keep a gun is that the laws around guns mean they have got to be locked anyway," he said.

"We're just saying that they should be allowed to keep weapons that they can then use to defend themselves, within the legal constraints that there are."

The Labour Party's Phil Twyford said such a move would be irresponsible and unnecessary.

"Our legal system has strong established principles and provisions that enshrine the right to self-defence. To be advocating in a public forum like this that people should arm themselves, whether it's with guns or baseball bats or whatever, is totally reckless."

Mr Twyford said law and order issues could be solved by a greater police presence.

Dr Whyte said having more police on the streets would not guarantee the security of shopkeepers.