New Zealand First leader Winston Peters says his party won't be part of any post-election deal in September involving either the Maori Party or Mana. 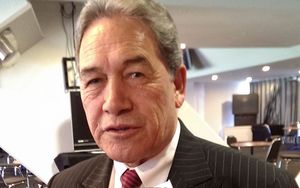 As the election draws closer, political parties are coming under more pressure to declare who they will, or won't, work with after the election on 20 September.

The Maori Party is a more likely bedfellow for National, and Internet Mana for Labour.

Mr Peters told reporters on Tuesday New Zealand First would not be part of any governing arrangement that includes race-based parties the Maori Party and Mana.

"We've made it very clear - we think that separatism is extraordinarily damaging for this country. I know a lot of you think it's fair enough you'll go along as cultural fellow travellers - well, it's disastrous for New Zealand. We're going to keep on saying it."

Mr Peters said staying on the cross benches is still an option.

Labour is also coming under pressure over its willingness to potentially work with Internet Mana, despite its objection to MPs coming to Parliament on the coat-tailing provision. 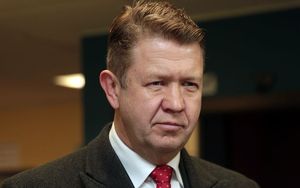 Under MMP, parties have to get 5 percent of the party vote or win one electorate. If an MP wins an electorate, they can bring more MPs in with them, which is a possible scenario for Internet Mana.

Labour leader David Cunliffe said on Tuesday his party won't do any pre-election deals and it's up to voters to determine the lay of the land after polling day. He defended Labour's decision to leave open the option of a support deal with Internet Mana, even though it has vowed to get rid of coat-tailing in the first 100 days of government.

"I think this is a bit rich. It's the Prime Minister who's doing arrangements, in fact before the election, with parties to tell New Zealanders who they're voting for," he said.

"My advice to New Zealanders is, if you want to change the Government, there's only one way to do it. Use your party vote for Labour and do two ticks for Labour. I can't be clearer than that."

Mr Cunliffe said it was highly unlikely that any Internet Mana MPs would be in a Labour-led executive, either in or outside Cabinet.

The National Party will do deals in two electorates to shore up potential support partners. Prime Minister John Key is asking National supporters to back ACT's David Seymour in Epsom and United Future leader Peter Dunne in Ohariu. 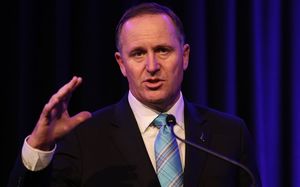 Mr Key said National was just trying to be clear about who it can work with to give its supporters a choice to vote tactically - and if Labour refuses to rule out Internet Mana, it shouldn't be critical of National.

"You've got a guy who's looking to avoid extradition putting in millions and millions of dollars. Effectively, that party would never get into Parliament if they weren't with one Maori seat that's likely to be held, in terms of Te Tai Tokerau with Hone Harawira."

However Labour's leader David Cunliffe said Mr Key was manipulating the MMP system with cosy deals. He told Radio New Zealand's Morning Report programme on Tuesday people should be able to back the party of their choice and have confidence their vote will help form a Government. He said Labour would not not encourage people to vote tactically in any electorate.

"Here's a government that thinks its not up to the public of New Zealand to decide, it's up to them to decide who gets to sit in Epsom or Ohariu. That's the kind of creeping arrogance that New Zealanders don't like."

But United Future's Peter Dunne, the MP for Ohariu, said Labour's comments on electoral deals contained a degree of hypocrisy, because the party had given various nods to its allies in the past.

At the start of the week, the Prime Minister confirmed that National wouldn't be withdrawing its MP Murray McCully from the East Coast Bays electorate contest to give Conservatives leader Colin Craig a better chance of winning, saying that would have been a step too far.

Mr McCully said on Tuesday it's good to be back in business in that electorate. He said he has had several discussions with Mr Key over the past few months and would have been involved in any decision.

The Foreign Affairs Minister said his constituents accept that he is out of the electorate a lot, but he's now looking forward to campaigning in his seat.