Labour Party leader David Cunliffe is accusing the Government of running a campaign to discredit him, as he fights the political backlash over controversial businessman Donghua Liu.

It has been revealed that Mr Cunliffe wrote to the Immigration Service in 2003 on behalf of Liu when the Chinese businessman was seeking residency. Earlier this week, Mr Cunliffe said he'd never met the property developer or advocated on his behalf.

David Cunliffe tried to turn the tables on the National Party on Thursday, accusing the Government of dropping the letter to media as part of a smear campaign.

"Clearly, the Prime Minister has said that he's been sitting on that letter for many weeks. So I think people can infer from themselves that this is part of a bit of a campaign."

Mr Cunliffe has been politically embarrassed by the letter's release on Wednesday after earlier this week telling reporters that he hadn't had dealings with Liu.

One problem for the Labour leader is that he has repeatedly attacked National over its links to Liu, who is to be sentenced on domestic violence charges in August.

National MP Maurice Williamson was forced to resign as a minister in May this year after it was revealed he had rung police about Liu's charges. As well, the businessman made a substantial donation to National, which prompted accusations of cronynism from Labour. 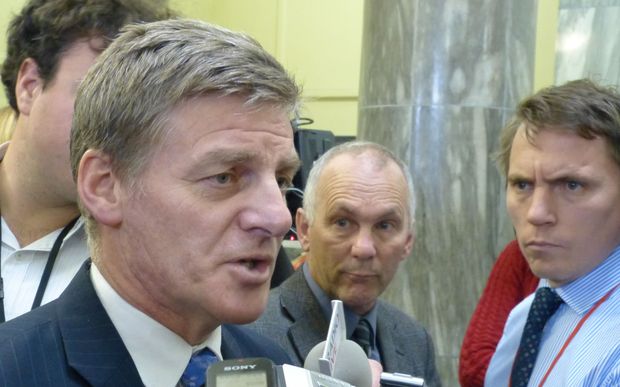 Deputy Prime Minister Bill English has denied being part of a smear campaign, saying National's too busy running a competent government to dig dirt on David Cunliffe. But he also found himself having to explain the various positions of senior ministers on Thursday, including Prime Minister John Key, about when they became aware of the letter.

Speaking to reporters in New York, Mr Key said he had known about the letter for some time. "Can't exactly recall, I think it was a few weeks ago." 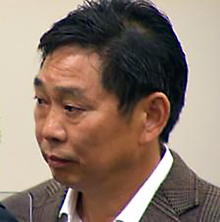 But hours later on Radio New Zealand's Morning Report programme on Thursday, Bill English had a different story, saying no one in Government knew about it until Wednesday. "As I understand it, it's a response to an OIA (Official Information Act request) to the Immigration Service and we wouldn't know a lot about what's on their files," he said.

However in the afternoon, Mr English told reporters the letter had been sent to Immigration Minister Michael Woodhouse some time ago as part of information he received from the Immigration Service after Mr Williamson's resignation.

"For a number of weeks there were questions in the House about Mr Donghua Liu and you would expect a competent minister to get together the relevant information."

Michael Woodhouse said on Thursday he sought information about Liu from the service after facing questions in Parliament about him in May this year and after Mr Williamson resigned. He said he received the letter about five weeks ago and insists he hasn't used it for improper purposes and has had nothing to do with its release this week.

"No not at all. And really the way the news story was evolving earlier this week, it's not surprising questions were asked about other correspondence - and that's what happened."

A spokesperson for Mr Woodhouse confirms that his office informed the Prime Minister's office about the letter.

David Cunliffe says it is not clear whether Bill English or John Key was telling the truth, but National was running a strategy of attacking his character.

"They're clearly playing some games with us. I think the public can see past that. I think that they can see that this the start of a pretty tough election campaign."

Bill English said Mr Cunliffe's future rested with his caucus. He said MPs don't remember everything they do and the question for Mr Cunliffe's caucus colleagues is whether they believe his explanation or not.

Prime Minister John Key said Mr Cunliffe would have to decide if he will judge himself by the same standards of accountability he has been so vocal about for government ministers. 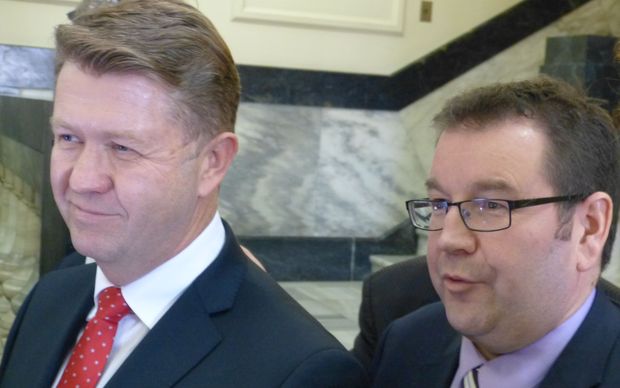 Senior Labour MP Grant Robertson on Thursday afternoon confirmed his support for David Cunliffe. His leadership has been in question over his letter for Donghua Liu and a new poll which puts Labour Party support at just 23 percent.

Mr Cunliffe met with senior MPs in the morning, saying there was a need to review recent events and is confident he retains their full support.

Mr Robertson, Labour's Shadow Leader of the House, ran against David Cunliffe in last year's leadership contest. At a media conference at Parliament on Thursday afternoon, Mr Robertson said he backed Mr Cunliffe. When pushed about his own leadership ambitions, he said he might be interested once Mr Cunliffe has had three or four terms as Prime Minister.

Former Labour leader Phil Goff said there was nothing wrong with the letter Mr Cunliffe wrote, that he was not doing it for favours, nor was there anything inappropriate. Deputy leader David Parker told reporters Mr Cunliffe had done nothing wrong. Andrew Little and Nanaia Mahuta have ruled out a change of Labour leadership before the election, while Jacinda Ardern said Mr Cunliffe has her full confidence and support.

In an interview with Radio New Zealand's Nine to Noon programme, David Cunliffe said he was confident that the furore would die down in a day or two and he had the full support of his caucus.

"Because media have been asking the question, I double-checked. We are a unified team and we're going forward to win this election."

Mr Cunliffe said it was technically possible under Labour's constitution that he could be rolled in a caucus-only vote, but he thinks that's unlikely and won't be putting it to the test.

"The reason for that is people are well aware that that kind of change so close to an election would be extremely damaging to Labour's chances and a lot more people would be worrying about their own place."

David Cunliffe says his electorate office had failed to find the Donghua Liu letter and told him he had had no involvement with the businessman.

He said the letter made it clear that he did not advocate on Mr Liu's behalf, but simply asked if the businessman could be told how long his application would take. 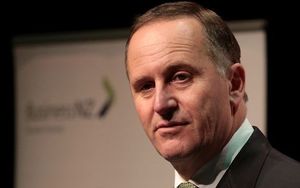 Mr Cunliffe suggested he had been set up for political reasons but said he did not know who was behind it. "It's in the nature of these things, you never absolutely know but the Prime Minister said today he's had the letter for weeks. You can draw your own conclusion."

He challenged Prime Minister John Key to back up his remark that he had more information and to come out, and put out in the open anything he may have.

Labour has dismissed reports it received a $15,000 political donation from Mr Liu. Speaking to reporters from the United States, Mr Key said he believed the party did receive money.

Labour's general-secretary Tim Barnett said the party has been through the paperwork to see if it's ever received donations from Liu, but can find no evidence of that. He told Radio New Zealand's Checkpoint programme it's been very difficult for the party to disprove various allegations.

"There's so much unknown about this, that in the middle of an election campaign it's a wonderful diversion. But in terms of actually dealing with the hard issues that facing New Zealanders, we're very keen to get back on track and do that."

'Storm in a teacup'

"Having said that, it's not a good look and he's been let down by his staff," he told Morning Report.

A Fairfax/Ipsos poll published on Thursday showed a six-point drop in support for the party, down to 23 percent, compared with National on just over 56 percent. Two major polls at the end of May had the party on about 30 percent support.

Mr Williams said apart from Thursday's poll, Labour had been doing better than at the same time in the last cycle, but if the trend continued in larger polls there could be a panic reaction in caucus and a leadership challenge would be possible.

"If the polls continue around low 20s that will become a possibility because at that point you've got people losing their seats and nothing focuses the mind of an MP more than the thought of losing their seat."

Under Labour Party rules, MPs can vote out a leader without triggering a party-wide contest during a 90-day pre-election period, which begins on Friday.