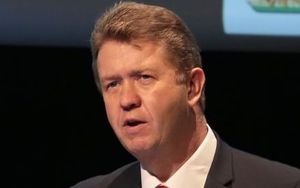 The changes follow the resignation of Shane Jones, who is quitting Parliament and is expected to take up the role of Pacific economic ambassador.

Mr Robertson has been given the economic development role, and Mr Twyford gets transport and moves to the front bench.

Nanaia Mahuta takes over the Maori Affairs portfolio, and will chair the party's Maori Caucus.

Maryan Street slips down the caucus rankings, while her colleagues Andrew Little and Trevor Mallard move up.

Mr Cunliffe said the reshuffle is part of preparations for the upcoming election.

A valedictory speech by Mr Jones is likely to be on 21 May.