The MP at the centre of an inquiry into the leaked GCSB report says the man leading the investigation went too far when he sought telephone records of the journalist involved.

Peter Dunne resigned as a minister after refusing to fully cooperate with the inquiry into who leaked the Kitteridge Report to Fairfax Media's Andrea Vance. 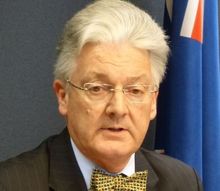 Written responses from the Speaker of the House, David Carter, to a Green Party request for information reveal that inquiry head David Henry asked the Parliamentary Service for access to the reporter's internal office telephone records.

Mr Henry was given access to information about where Ms Vance used her Parliamentary swipe card, but the request for the phone records was declined.

Mr Dunne, an independent MP, said on Friday that Mr Henry seemed to believe he had an automatic right to access any data he needed.

"They went far too far. It's now clear he didn't have the authority to do what he claimed to do. The fact that a journalist's records were sought without her approval is a significant impingement on her rights and freedoms."

Dr Norman said there needs to be a free press to keep the Government accountable.

"Journalists need to be able to talk to people confidentially - that's at the very heart of being able to extract important information and tell the public about it.

"As soon as you start to try to access those records, I think it really makes people think twice about doing that kind of work within the Parliamentary precinct using Parliamentary phones."

Mr Thompson said he is delighted that the request was turned down.