Covid-19 cases in the CNMI hit 144, there is another Covid-related death in French Polynesia, Tonga releases its repatriation schedule and more. 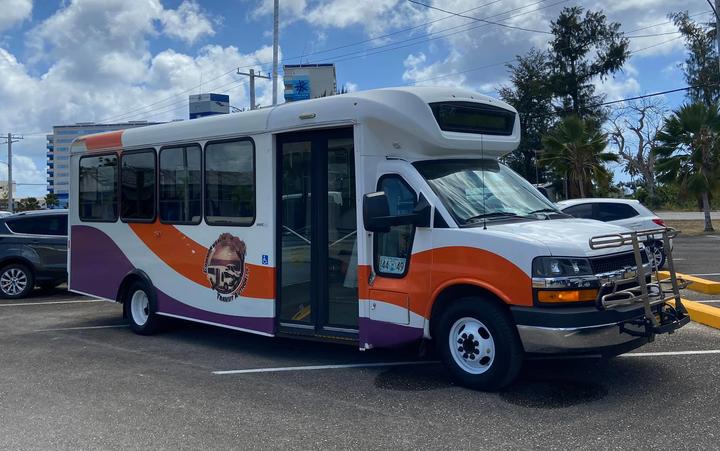 CNMI gets another Covid positive traveller

There are now 144 cases of Covid-19 in the Northern Marianas after an incoming traveller tested positive.

The person has been moved into a designated isolation area.

Out of the CNMI's 144 cases, 118 have been identified by travel screening while only 26 were local transmissions.

There is currently one person in isolation and the CNMI has had no local transmission in the past 196 days.

As of this week over 7800 people had been fully vaccinated against Covid-19, while another 1100 had received at least one vaccine shot.

Another Covid death in French Polynesia

There has been another Covid-19 related death in French Polynesia bringing fatalities to 140.

The French Territory has 63 known active cases with nine people in hospital including two in intensive care.

There were 15 new cases recorded in the past 24 hours bringing the total infections since March last year to 18,429.

Meanwhile, the Pfizer vaccine has been rolled out to just under 7000 people on Tahiti and Mo'orea including over 3600 who have received both doses.

Tonga's government has released a schedule for regular repatriation flights into the kingdom.

Flights are set every month from the 31 March until 21 December.

A repatriation flight scheduled for today from Auckland was delayed a week and will now arrive on the 10 March before the new schedule kicks off.

The repatriation flights will come from New Zealand, Australia and Fiji.

The Cook Islands government has cancelled the passenger component of the Rarotonga flight from Auckland this weekend.

The Cabinet met on Tuesday and decided not to allow passengers to enter the country while Auckland remained under Level 3 Covid-19 alert and the rest of New Zealand at Level 2.

Without passengers, a larger 787-9 will replace the usual A320 aircraft, allowing significantly more freight to be transported to the Cook Islands.

The flight arrives in Rarotonga on Friday local time.

The province, one of the worst hit in PNG, had a two week shut down from early February.

Mr Manning, who is also the police commissioner, says there was a lull in West New Britain after the lockdown, but with new cases being reported it's important to maintain the momentum.

He is urging everyone in the province to adhere to the health protocols, such as hand washing, wearing masks in public places and physically distancing.

Mr Manning said some new cases in other provinces have originated from West New Britain.

The latest data shows that Samoa tops the list of remittances that leave neighbouring American Samoa.

The new Commissioner of the Office of Financial Institutions, Tuasivi John Marsh, has just released a report detailing remittances around the time the Covid pandemic first hit, from March 2020 until June that year

The total remittances for that period was $US3.3 million.

Samoa received the most at just over $US1.1 millions while China was second at nearly $US550,000

The Philippines, Vietnam and the Fiji completed the list of the five top nations regarding money transfers.

The only Saipan casino licensee has admitted violating orders from the Northern Marianas Casino Commission and is now bracing for the suspension of its license and a $US5-million fine.

Our correspondent reports that Imperial Pacific essentially didn't contest allegations it had violated many of the commission's orders.

They include Imperial's failure to pay its annual fees, to comply with minimum capital requirements and to contribute $US40 million in community benefit fund money in 2018 and 2019.

The maximum total fine the commission could impose is $US808 million.

But it is proposing that Imperial pay a lump sum of $US5 million after it recognised the company was in no position to pay the maximum.

The Cook Islands Ministry of Health has released the latest data updated on February 26 showing an increase of dengue cases since it was declared in the beginning of February.

There are 28 probable and 30 confirmed dengue-type-two cases in Rarotonga.

There are 21 cases that have been admitted to the Rarotonga hospital.

The worst-hit areas are Ngatangiia with 18 cases and Titikaveka with 14.

Teenagers have the highest rates of dengue with the age group 11 to 19 years having a total of 18 confirmed and probable cases.