Two West Papuans have been charged with treason after being arrested by Indonesian police for staging a demonstration in Jayapura on Monday. 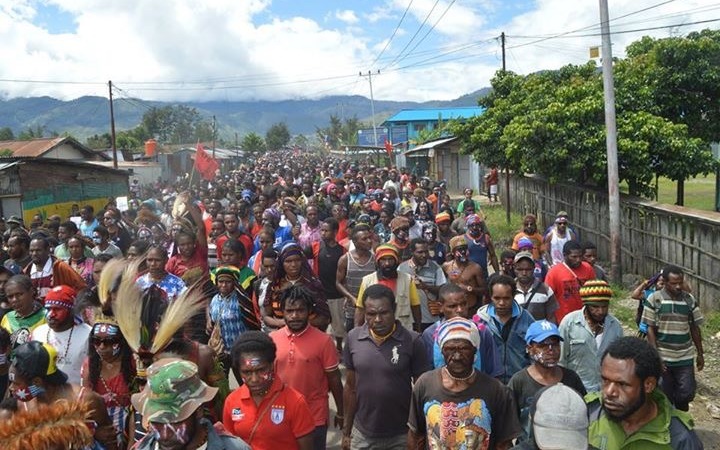 Over 500 people were reportedly arrested from West Papua demonstrations in Indonesia. Photo: Supplied

The Jayapura demonstration was one of more than 14 rallies in Indonesian cities, calling for West Papuan rights to self-determination to be respected.

More than 500 people were reported to have been arrested for participating in the rallies.

While the vast majority were released later in the day, two arrested in the Papua provincial capital have been charged. 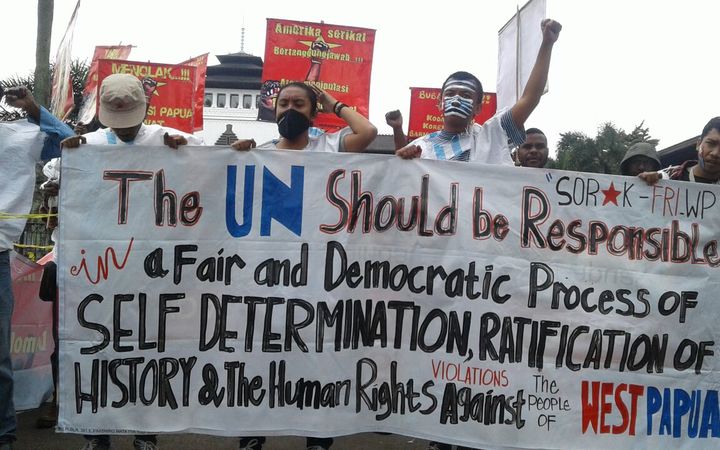 Hosea Yemo and Ismael Alua are reportedly members of the West Papua National Committee, (KNPB), the pro-independence representative group which organised some of the rallies.

Papua provincial police said the two were arrested after allegedly inciting sedition or treason against the state, and provoking other participants of the rally to commit treason.

A treason charge could lead to a jail term of up to 15 years in Indonesia. 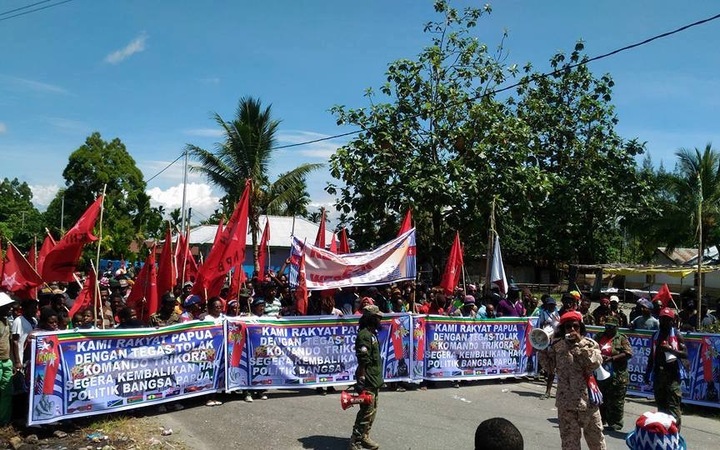 Police said that from the Jayapura demo, they also found 1kg of hashish at the KNPB's premises, and confiscated a number of weapons from the crowd.

Law and order has been maintained in the cities and the situation was back to normal, according to police who said they avoided using excessive force in handling the demonstrations.

However, Jakarta-based human rights monitoring groups have condemned intimidation and violence by police officers in the Jayapura rally. 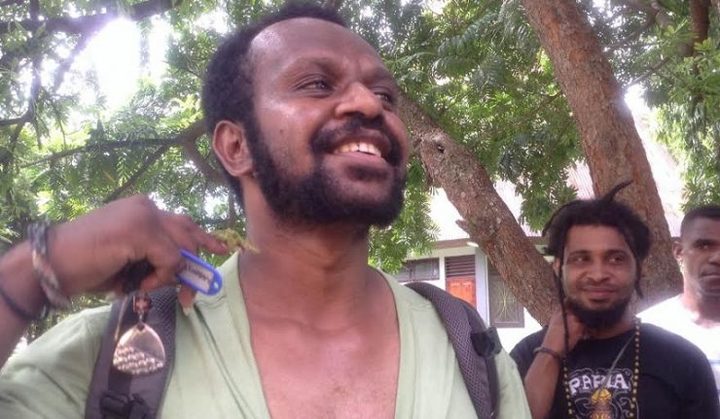 The Institute for Policy Research and Advocacy, and its local partner in Papua, Elsham Papua, said it condemned intimidation and violence by police officers against photographic journalist Whens Tebay during the rally.

Mr Tebay said police arrested, interrogated and hit him, later confiscated his camera and forced him to erase all photos taken during the rally.