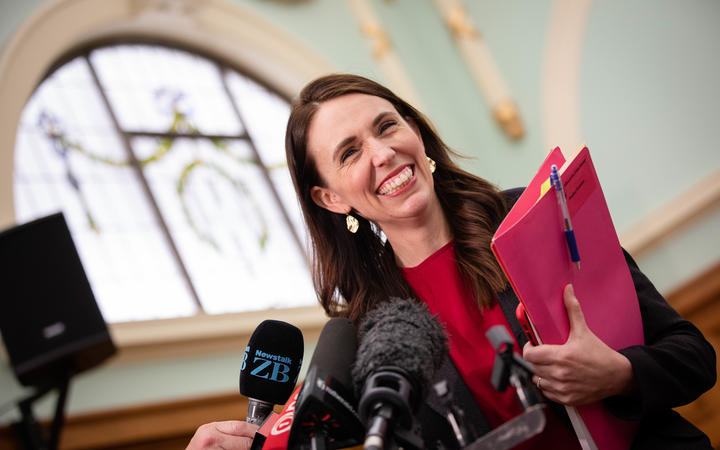 Jacinda Ardern announcement on Monday that Auckland would move from red to orange in the traffic light settings at midnight on 30 December. Photo: RNZ / Angus Dreaver

Parliament's last week of the year was packed with traffic light decisions, a damning report on "outrageous" spending and claims that Parliament's toxic culture had not changed despite the 2019 inquiry.

Prime Minister Jacinda Ardern kicked it off on Monday with the anxiously-awaited announcement that Auckland would move from red to orange in the traffic light settings at midnight on 30 December.

So would the other red regions, with the exception of Northland which would stay at red because of its low vaccination rate.

Orange has fewer restrictions than red - the rest of the country has been in it since the traffic lights were switched on - and Ardern cited Auckland's high vaccination rate as the main reason for cabinet's decision. It had to wait for the end of the month so there would be sufficient time to assess the path of the outbreak.

That didn't go down well with Auckland businesses.

"While many Aucklanders welcomed the announcement of greater freedom in time for the new year, business leaders were left fuming at 17 more days in the pandemic red zone," the Herald reported.

Auckland Chamber of Commerce chief executive Michael Barnett said being stuck in red meant "a summer of pain… it doesn't make sense, we've done everything asked of us".

National also said it didn't make sense, and Auckland should already be in orange.

"Hospitalisations are low and falling, we've got very few people in ICU, the R rate is below one, daily case numbers are dropping on a weekly basis and the vaccination rate is now very high," said Covid-29 response spokesman Chris Bishop. 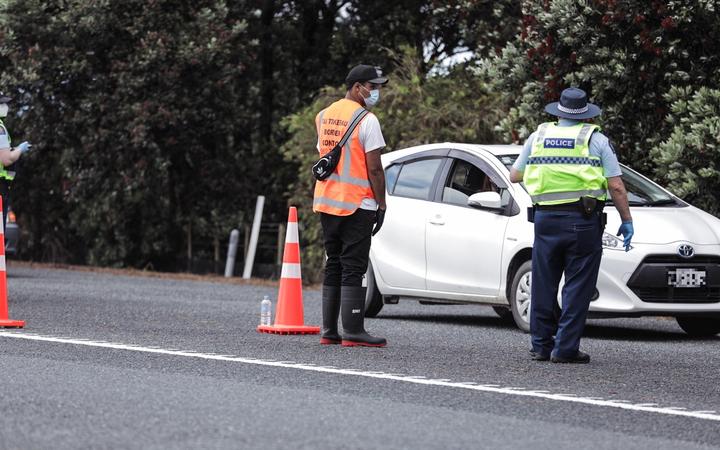 Police with iwi support at a checkpoint on SH1 at Uretiti as the Auckland region boundary opened on Wednesday. Photo: RNZ / Samuel Rillstone

On Wednesday Auckland's border opened, and those with vaccination passes or proof of a negative test could leave. They did, in their thousands, with police carrying out spot checks.

Northland was the focus of media attention, where iwi had asked for every car to be stopped and checkpoints had been set up, operated by police and volunteers.

By the end of the week no serious issues had been reported, but there was doubt about how effective the departure requirements would be.

RNZ reported government officials thought they might only catch a quarter of cases leaving the city.

"The government's modelling expects up to 50 percent of the Covid-19 cases could be in vaccinated people, according to a Cabinet paper from 15 November," the report said.

"That is with vaccination rates of 90 per cent, of which Auckland is above.

Rapid antigen testing was available from pharmacies for those who needed tests to cross the border, and the Herald quoted epidemiologist Michael Baker saying as many as 20 percent of cases could be missed.

"Potentially, for every 10 infected unvaccinated people leaving Auckland you're going to miss 20 per cent of them - two out of 10 people with rapid antigen tests. It is leaky," he said.

He explained that due to the reduced sensitivity of the rapid antigen tests a false negative would be more common than a false positive. "You will get false negatives. Particularly in the early phase of infection or the later stages where there's much less virus present you may not be able to pick up enough to activate the test." 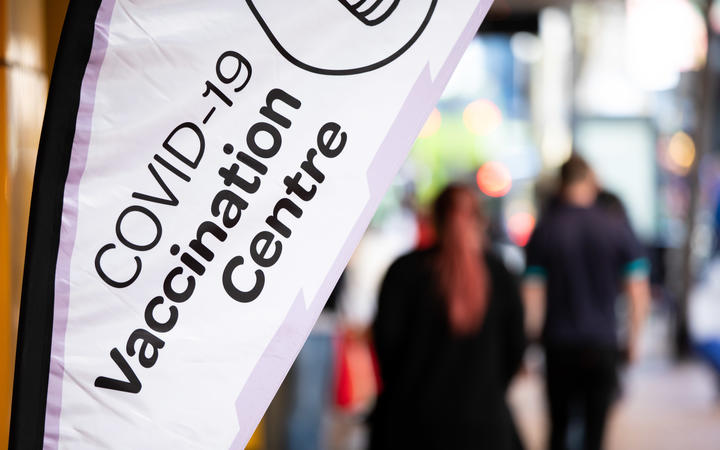 Vaccination rates were the good news of the week. Counties Manukau DHB reached 90 percent double dosed, joining the region's other two - Auckland with 95 percent and Waitematā with 92 percent.

And all but two of the 20 DHBs reached the 90 percent first dose target, leaving just Northland and Whanganui to catch up.

In her adjournment debate speech in Parliament on Wednesday, Ardern said 90 percent of the eligible population was double-dosed. The next day, Ministry of Health figures caught up with her.

On Thursday the first Omicron case was confirmed, in an MIQ facility in Christchurch. Could it be a game-changer? Ministers hoped not and stringent precautions were being taken to keep it confined.

On Monday morning Stuff published details of a draft report on the behaviour of former National MP Nick Smith.

The Dominion Post headlined its front page: "The report that sank Nick Smith."

"He allegedly shouted so loudly at one parliamentary worker that spittle landed on their face. He told another: 'I am the MP and you are just the f…… secretary'. He was known as a "'challenge' to work for," Stuff's report said.

The report's author, barrister Rachel Burt, carried out an eight-month investigation following a complaint about Smith's behaviour and a counter-claim by Smith against the staffer. The draft report was delivered in April and almost entirely supported the staff member's version of events, the Stuff report said.

Smith said the draft report contained significant errors and did not reflect conclusions in the final report, which has not been released to the staff member because he refused to sign a confidentiality agreement. He was allowed to read it under supervision.

The former MP denied he was near enough or loud enough for the spittle claim and said the final report did not find there had been bullying.

It seems beyond doubt that the draft report was behind former National leaderJudith Collins' move to force Smith out of Parliament. She told him a media report on the inquiry was about to be published. That didn't happen, but Smith resigned in June citing the loss of his Nelson seat and a Parliamentary Service inquiry into a "verbal altercation" in his office for which he had apologised.

On Monday Matt McCarten, director of One Union, told RNZ he had written to Speaker Trevor Mallard asking him to investigate Parliamentary Service chief executive Rafael Gonzalez-Montero's handling of the staffer's complaint.

McCarten said a toxic work environment, as laid out in the 2019 Francis report, persisted in Parliament despite Smith no longer working there.

On Wednesday Stuff published a follow-up report. "Staff working at Parliament say the toxic culture revealed in a 2019 independent external review has not changed," it said.

The report quoted current and former staff, speaking on condition of anonymity, who said they were still fearful of speaking out. "One person said if they did so, they would become unemployable in the eyes of politicians." 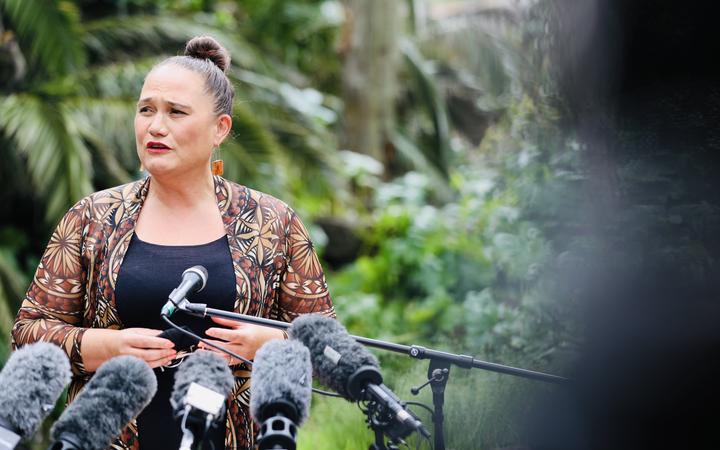 The properties were used when motels were not available or suitable.

The report said that between November 2017 and June 2020 MSD paid more than $37 million to landlords or property managers in Auckland alone, RNZ reported.

Many clients complained about houses being unliveable.

Desperate to find accommodation, the report stated MSD generally paid $2000 to $3000 a week for furnished properties - the median rent for Manukau at the time was between $450 and $560.

The inquiry found MSD did not provide formal guidance to its staff about how to make decisions to fund private rental properties, or the price to pay.

Seuploni said she wasn't aware that private rentals were being used for emergency housing, describing it as an "operational decision" that officials were not mandated to bring to her attention.

"It certainly wasn't a decision that came by me, in fact it was something I only got wind (of) after the practice had stopped," she said.

The minister later held to that line on Checkpoint, despite an email in May 2020 from the biggest supplier of private accommodation that was sent to the prime minister and apparently forwarded to Sepuloni.

The email was from Silver Ferns Properties and was obtained by Checkpoint under the OIA.

Sepuloni said she wasn't lying about her office's understanding of when the spending was brought to her attention.

"The pivotal piece of information that I didn't have was that they had decided in some instances to use short term private rental properties and so that is where I was moved out of the loop," she said.

Sepuloni said she had believed the money was going towards the Emergency Housing Special Needs Grant.

National's leader Christopher Luxon told Morning Report that describing it as an operational decision was cover to avoid being held responsible.

"I think people have to be held accountable for it, I mean it's quite outrageous what's happened there in terms of just paying over the top for the emergency accommodation," he said. 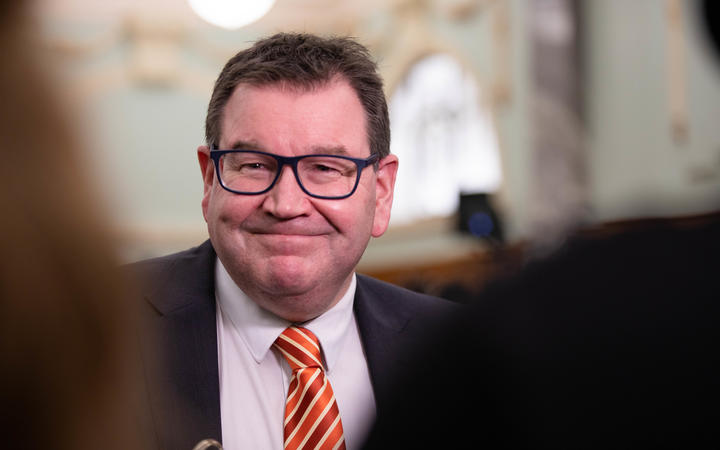 The Treasury released its Half Year Economic and Fiscal Update which showed the government's finances had taken a bigger hit than expected from the outbreak but were forecast to bounce back faster and stronger.

Finance Minister Grant Robertson said the Delta outbreak had tested the strength of the economy. "We can look forward to 2022 with cautious optimism as the economy and fiscal outlook is good."

All the details and the figures are on RNZ's website.

Parliament shut down after the usual free-for-all called the adjournment debate. It wasn't particularly memorable this year.

Ardern reeled off the successes against Covid-19 and ran through figures comparing New Zealand with other developed countries.

Opposition leader Christopher Luxon said the government was tired and worried while his team was fizzing with energy and enthusiasm.

Ardern provided the soundbite of the day: "To everyone, I wish you a wonderful break. You bloody deserve it."