While it's not inevitable Omicron will leak into the community, Dr Ashley Bloomfield says he will be speaking to ministers today about speeding up the vaccine booster rollout. 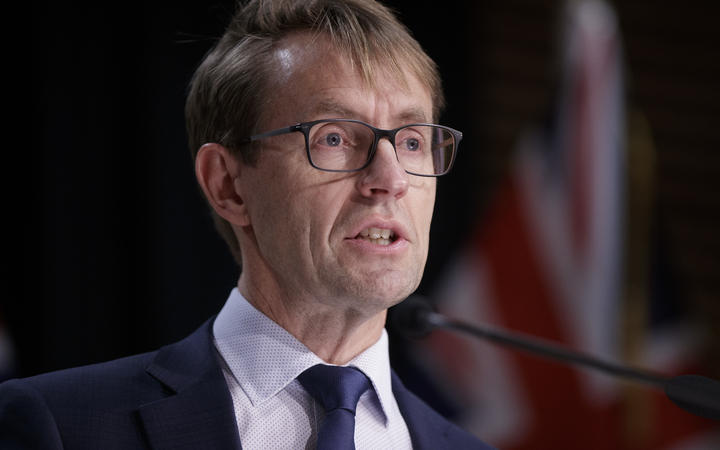 New Zealand's first case of Omicron was reported yesterday after it was found a person who tested positive for Covid-19 in a Christchurch managed isolation facility had the variant.

The person arrived in New Zealand on a flight from Germany via Dubai that landed in Auckland before they transferred to Christchurch on a chartered domestic flight.

Director-General of Health Dr Ashley Bloomfield told Morning Report the person was vaccinated with two doses of the Pfizer vaccine and is doing well.

Currently a booster dose was offered six months after someone had received their second dose of the vaccine.

Some health experts were calling for the booster to be available more quickly - something Bloomfield would be speaking to ministers about today.

"We want to be going into winter next year with the highest possible level of population immunity and so far in rolling out our booster programme we've seen at that six month interval, about half of people are booking in and having it at six months and it may well be we need a shorter interval to make sure people do get it on time."

The 75 people on the domestic charted flight with the positive case were already in MIQ and had been tested for Covid, Bloomfield said.

Any positive samples would go to ESR for genome sequencing which would be able to detect the new variant, he said. "We'll just see if there are any other cases."

This case didn't mean that Omicron would get into the community, he said.

"It's by no means inevitable and we'll continue to do everything we can to make sure we keep Omicron either out of the country or at the border if it does come on a flight."

High vaccination rates, testing, contract tracing and isolation on top of other measures New Zealand had in place would continue to serve us well, he said.

Without a case of Omicron in the community, Bloomfield said it was too difficult to say whether localised lockdowns would be needed in the future.

"Even under the protection framework there is provision for localised or regional lockdowns if that's needed even without Omicron to control the number of cases if we've got high rates of infection in an area.

"Keep as many aces in your hand as you can and don't be afraid to play them when you need them."

Computational biologist David Welch told Morning Report people need to have a booster shot as quickly as possible, perhaps within four months of receiving a second dose of Pfizer.

"I think we're going to have to change our mindset to where we consider three shots to be considered fully vaccinated."

The traffic light system, which allows people who have have two doses to gather in large groups, is no defence against Omicron, he said.

"The underpinning idea of the traffic light system is that people who are double vaccinated are unlikely to spread the disease - that's not the case here [with Omicron]."

He says a third dose would help delay its spread, and may want to be considered three or four months after a second dose.

"The effectiveness of the vaccine against serious disease is still very high so if you are double vaccinated and you got Omicron you'd have a fairly low chance of getting very sick."

If Omicron was to get into the community, Welch thought it would "spread very fast".

"It really has been the fastest spreading variant we've seen with doubling times of cases being about two to three days which means you can go from ten cases to 10,000 cases in less than a month.

"Most worryingly it spreads through populations that otherwise have very high levels of immunity."

Baker said New Zealand needs to buy itself some time while it works out how much of a problem Omicron could be and the more people with Omicron allowed into MIQ, the higher the chances of a breach.

David Welch was also worried about the border reopening to Australia in January.

"To give those people certainty who are planning on coming back, I would suggest they make an announcement very soon that that's not going to happen.

"That would just give us a few more months to get those booster shots up, roll out that paediatric vaccine."

Welch said with Omicron spreading around the world, there's no point having targeted travel bans.

"The world is high-risk."

Dr Ashley Bloomfield said there are very high levels of Omicron in Europe and increasingly in New South Wales.

"The key thing here is at the moment we have our very strict and rigorous border measures in place, ones that most countries don't have, and we will be keeping those in place.

"The decision has been taken to start opening up from mid January, first to Australia but that will be keep under review."

He said they were keeping a close eye on daily developments across the world and in early January there would be reconsideration of border openings.