Opposition parties are demanding accountability after revelations millions of taxpayers' dollars was shelled out to private landlords for often substandard housing. 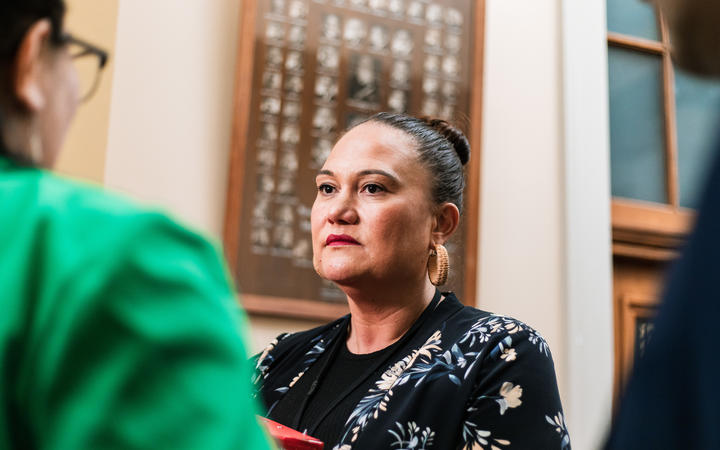 A report from the Auditor-General has found the government had paid $37 million to use private rentals for emergency housing without any checks.

The minister is pleading ignorance.

A frontline account of life at the edges - the homeless put up in unsuitable housing, at extortionate rates.

"The sleep out had smashed windows, the front sliding door couldn't lock, the bedding was all damp."

Luxury living paid for by the government. For two-and-a-half years, it paid landlords up to five times the market rate - for homes deemed barely liveable.

Social Development Minister Carmel Sepuloni said she did not know and that she was left out of the loop - a $37m oversight.

"It wasn't something that they technically needed sign off from me for. It is something I wish that I had had oversight of."

The remark, prompting incredulity from those across the sector including Monte Cecilia Housing Trust chief executive Bernie Smith.

"I would have thought that sort of expenditure the minister should know about."

"I'm amazed that she didn't know that. I would think that any initiatives to address homelessness would have been discussed with her senior executives."

But Sepuloni said this incident from 2017 was due to the immense pressure that the ministry was under due to the housing crisis.

"The housing crisis is real and they made a decision that in hindsight was not the right decision," she said.

Since coming to light, there have been no consequences, nor job losses.

The Opposition said it was not good enough.

"I'd be really keen to make sure that someone's holding someone to account within MSD," one said.

Another said: "Nobody is ever responsible under the Ardern government. It is becoming one of her signatures."

Sepuloni told Checkpoint she was maintaining she did not learn about MSD funds being spent on private rentals until July 2020, despite an email in May 2020 from the biggest supplier of private accommodation that was sent to the prime minister and appears to have been forwarded to Sepuloni.

The email from Silver Fern Properties was obtained by Checkpoint under the OIA.

The email lays out details of the concerns around the contract arrangements with MSD. It addresses some of the concerns raised by MSD about supply of rental properties and costs.

Sepuloni said she was not lying about her office's understanding of when the spending was brought to her attention in July.

"If you've got evidence to show something otherwise, then I will be keen to see it and would look into it."

Sepuloni said she believed the money was going towards the Emergency Housing Special Needs Grant.

"The pivotal piece of information that I didn't have was that they had decided in some instances to use short term private rental properties and so that is where I was moved out of the loop."

She said she found out about the practice in July 2020, after the practice had been stopped on 30 June that year.

Sepuloni said she and MSD had acknowledged "that it was a mistake and they did not think about the unintended consequences that would come about from that decision".