More than 1000 New Zealand cancer patients a year are missing out on gold-standard cancer drugs readily available in Australia. 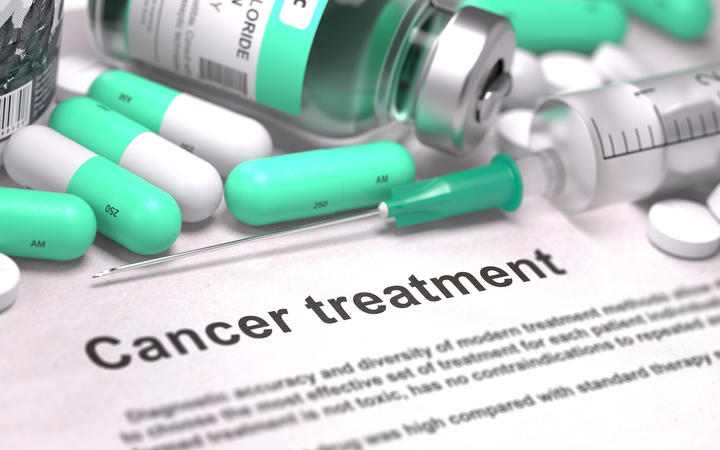 Cancer Control Agency Te Aho o te Kahu has released a report aimed at measuring the gap that patient groups have been fighting to close for years.

It found there were 18 medicines with significant and substantial benefits that New Zealanders did not have access to that Australians did.

They covered nine different tumour cancers - lung, breast, bowel, liver, kidney, bladder, ovarian, melanoma, and head and neck - and ranged from being able to cure them to prolong life, or quality of life.

Oncologist and a clinical advisor on the report Chris Jackson said it proved New Zealand had a poor level of access to cancer drugs.

Jackson said it was time for the government to increase funding to Pharmac, which made the decisions on what drugs to buy.

"The current situation is, in my view, cruel and I'd really like to see us make some progress on that," he said.

"Not a day goes by when we don't hear from someone who has to resort to Givealittle, or to remortgage their house or to borrow from friends, or to just miss out on a drug that could help them live longer, or live better."

There were dozens more cancer drugs funded by Australia but the report was highlighting those considered to deliver very good, or excellent results, with little debate, he said.

Some patient groups were disappointed in the report.

Patient Voice Aotearoa chair Malcolm Mulholland said the measure of what constituted a top quality drug was far too narrow, and there were many more than the 18 the agency was highlighting.

He was very familiar with the list though, many of which his group had been fighting for years to have funded.

Some people had died waiting, he said.

"There'll probably be quite a bit of anger out there that it's taken this long for a government agency to recognise that as a bare minimum we should be funding these drugs and not waiting another week, but funding them tomorrow."

The Cancer Society welcomed the report and said it was now time for the government to act to increase funding to Pharmac.

Its medical director George Laking said one of the most critical areas was lung cancer drugs, which could help up to 900 patients a year - the most of any of the drugs in the report.

It was the biggest cancer killer for Māori, who were affected at much higher rates than other groups, so improving their access to the drugs could help close the gap, he said.

Most of the drugs in the report were infusions - and that meant the government could not stop at funding just the medicine, he said

"It's not like going to your chemist to collect some tablets, they have to be given by experts in the right surroundings."

Writing the cheque for the drugs was just the first step, with money also needed for staff and resources, he said.

Cancer Control Agency Te Aho o te Kahu chief executive Diana Sarfati is rejecting criticism from the Breast Cancer Foundation over the inclusion of only one breast cancer drug on the list.

Sarfati said it was compiled carefully with input from world-leading people in their field and a peer group review within New Zealand.

"We had senior clinicians involved in every step of the project so we would reject those criticisms."

Breast Cancer Foundation has said that 15 drugs meet the report's criteria but are not included.

"Sometimes there are several medicines that can fill a specific gap and they do the same thing.

"So where we have a medicine that will fill a gap in New Zealand that wouldn't be counted as a gap."

Sarfati told Morning Report it was no surprise that there is a gap in the funding between New Zealand and Australia.

The three in a curative setting are used in conjunction with surgery which is the main tool for helping the patient extend their life. The three drugs had to meet a threshold of increasing the chances of a person surviving after three years by three percent, Sarfati said.

It was important to understand more about the size, shape and which cancers are most affected by the gap, Sarfati said.

"This provides us as an organisation with information to help us provide advice to government in terms of where investment should be prioritised across the cancer spectrum."

Little told Morning Report New Zealand's guidelines for drugs are stricter than those in other countries.

"One of the things that the report says is that, particularly when it comes to cancer drug procurement, just how challenging that is these days, because a lot more treatments are coming onto the market, not necessarily always well tested.

"There are a lot more emergency approvals of cancer drugs in other countries, and it tends to put pressure on countries like ours to keep up."

Asked about the Breast Cancer Foundation's complaint about the 18 proven breast cancer drugs funded in Australia but not in New Zealand, Little said the setting up of the Cancer Control Agency provided the government with thorough independent information.

Pharmac would be weighing up the report and there may be more money allocated for cancer drugs in the Budget next month.

Little said the government was looking to do more as too many people have missed out on appropriate healthcare for too long.