A complaint that the two most senior judges in the country compromised judicial independence by involving themselves in a case being overseen by a Family Court Judge has been dismissed by the Judicial Conduct Commissioner. 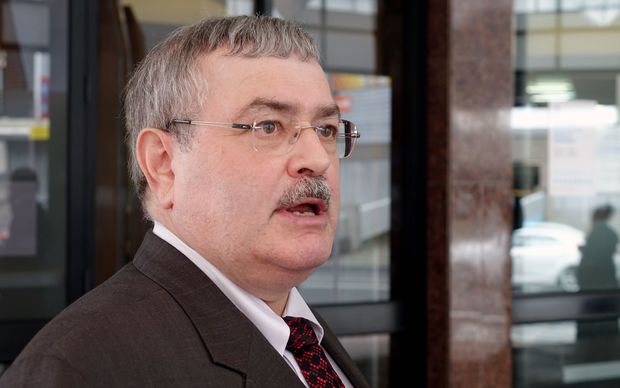 Ellis' second complaint against Chief Justice Helen Winkelmann and Justice William Young alleged they did not disclose to Judge Callinicos' lawyers that they had been involved in behind the scene discussions and Justice Young had made his own conclusions about Judge Callinicos' behaviour without giving him a chance to comment.

Ellis also asked Ritchie to recuse himself from hearing his new complaint because his decision to refer his previous complaint to Justice Winklemann "irrevocably compromised" his independence.

In a decision letter sent to Ellis today, seen by RNZ, Ritchie said he found no grounds to act on his complaint. It was also "entirely appropriate" for him to examine the complaint as he saw no reason to recuse himself.

Ritchie said he wrote to the Chief Justice and Justice Young notifying them of Ellis' complaint. "I said I was not seeking any response from them in terms of section 15(2) but that they were free to comment if they wished. I have not heard from them."

Judicial guidelines said judges had "opportunities to be aware of the conduct of their judicial colleagues. This may involve counselling, making inquiries of colleagues, or informing the Chief Justice or Head of Bench of the relevant court", Ritchie wrote.

He also dismissed Ellis' request to forward his complaint to the Attorney-General with a view to forming a Judicial Conduct Panel to further investigate the issue. "I accept that this outcome will not satisfy you but I do not believe the Act provides any other reasonable option to me."

Ritchie also appeared to have a dig at comments reportedly from Judge Callinicos, that appeared in Ellis' complaint, that he [Ritchie] was to blame for "the dumping of this unilateral crap into public domain".

"I refer again to the duty of confidentiality imposed on me by section 19. My decision of 29 September 2021 was clearly marked private and confidential. I can only guess at who the media informer may have been," Ritchie wrote.

Ellis said he was not "in the least bit surprised" by Ritchie's response. Ellis said in his opinion there were "structural inadequacies" in the Judicial Conduct Commissioner Act, which meant "it is not an effective watchdog".