The Department of Internal Affairs has given up on running a single investigation and intelligence system after years of trying to set one up. 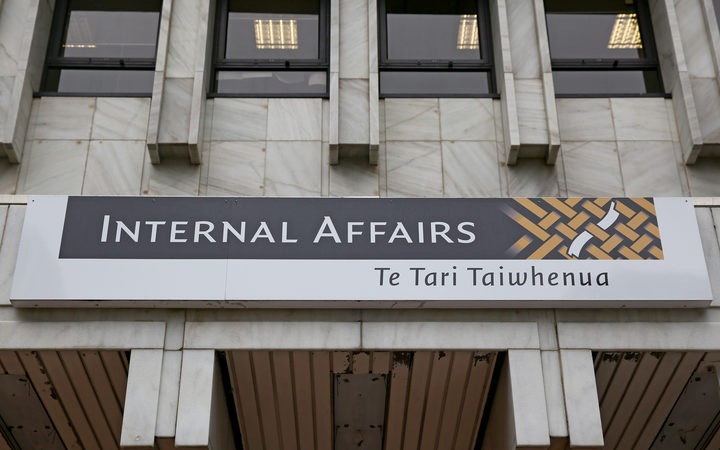 In 2013 the department set out to create a system that let investigators in five different units share intelligence. Photo: RNZ / Alexander Robertson

It set out in 2013 to set up a system that let investigators in five different units share intelligence.

"The ultimate outcome... will be to enable efficient single and multi-unit investigations," it said.

Instead, after a series of hurdles, eight years on it has spent about $2 million on the intelligence side of things.

The investigative component, dumped in 2019, "was considered unlikely to meet the investment objectives and measurable benefits outlined in the business case", the department's general manager of regulatory services, Maarten Quivooy, told RNZ in a statement.

The department is at the centre of projects worth more than $80 million to set up systems across government that can identify people digitally, enabling the likes of the online issuing of passports by using facial recognition.

It adminsters the passports, and births, deaths and marriages systems.

Plans for a combined Intelligence and Investigation System (IIS) hatched in 2013 were put on hold until 2015, due to other priorities.

The following year officials tried to get it back on track with a "market scan".

But "the only supplier that met the requirements went into liquidation", tender documents say.

Changes went ahead in 2018 and 2020 that improved how investigations were managed, Quivooy said.

When, a year later, they gave up on the investigations component "a negotiated settlement was undertaken with the vendor, which included a revised agreement".

There had been strong governance and oversight, the department said.

Investigations continued to be managed within each business unit, it said.