A Hawke's Bay woman has expressed her anger after the region's hospital delayed her mother-in-law's surgery for weeks, when the operation was less than an hour away. 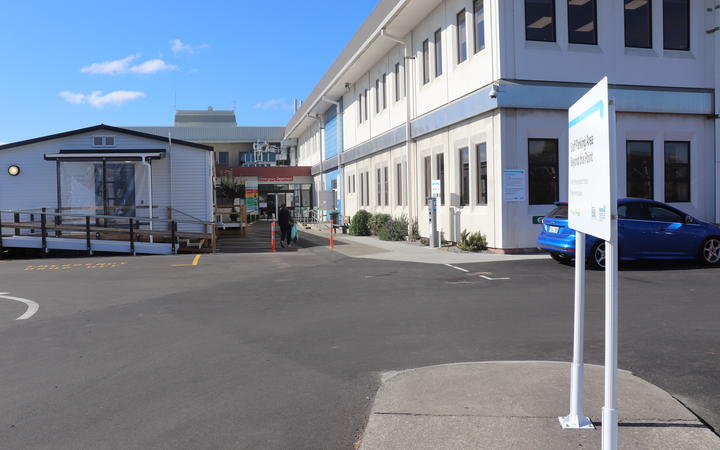 "After all the build up ... and everything that's involved in getting an operation done - we arrived at the hospital at 10.30am, they prepped her up, put her in a gown, rubbed her down with anti-bacterial," Livingston said.

She asked staff on several occasions how long they would have to wait.

"They said the previous operation was nearly finished [and they] should be able to take her through within the hour."

Half an hour later, Livingston said they came through with a different story.

"[Staff] said the powers-that-be had an emergency meeting within that half an hour and had decided that the hospital was full to capacity and could not use any more beds for after operation care and that Jean would have to go home."

Livingston was told they would have to wait another four-to-six weeks before they could do the operation and even then, there could be similar delays.

"It's taken four years to get to that point, three lots of rejections through the system with no explanation why."

Livingston said she was frustrated and annoyed.

"Really, really, really let down and angry. The reason I'm causing so much trouble now is because I just don't want it to happen to anybody else.

"I just want so many people to know that they better start taking care of themselves because the hospital's certainly not going to do it."

"The postponement of surgery does happen from time-to-time on the day of surgery with acute life or limb (which includes cancer cases) taking priority of theatres."

"At all times patient safety and care is our top priority and patients deferred have been clinically reviewed as safe to do so.

"The DHB apologies for any inconvenience to both the patient and their family. The patient will be rescheduled for surgery as soon as we can."

The hospital has had significant issues with capacity.

Last year, RNZ was told the hospital was the busiest some doctors had ever seen.

On 11 May, it had a record number of people arrive at its emergency department - 188 over 24 hours.

The volume of admissions meant some planned operations also had to be cancelled that day.

In a report to the board earlier this year, chief Executive Keriana Brooking said it was recruiting more nursing and medical staff for the ED team to "address the impacts".

A problem 'around the country'

The Association of Salaried Medical Specialists is the union representing senior doctors.

Executive director Sarah Dalton said the problem was not exclusive to Hawke's Bay.

"It's all around the country, it's a big problem in hospitals like Hawke's Bay, it's a very old building, it's well overdue for an upgrade and replacement," Dalton said.

"If there's an overflow of acute need, which is people who cannot wait, that puts pressure on beds or operating theatres, that pushes back planned care and planned operations like hips."

Doctors found events like this "frustrating" because they wanted to do the best for patients, she said.

"Situations where there are very late notice cancellations they're really wasteful in terms of resource - they really feel for those patients who would've been nil by mouth for a period of time, may've already had drips put in things - it's really horrible for patients to have a last minute cancellation."

"They are very aware of these issues and they're working hard to address them. The new chief executive has inherited a lot of long-standing problems and obviously, she's got to pick up things as she finds them and do the best that she can but also, the way that hospital rebuilds are being managed centrally is slow, it's messy, it's very reliant on very expensive business cases."

She hoped Health NZ would pick up the slack.

"Some people would probably think it couldn't be worse than it is currently."