Two of the country's biggest bus operators are being accused of gaming the system and using Covid-19 restrictions as an opportunity to reduce the amount of annual leave they owe drivers.

First Union says its membership includes about 100 drivers who work for Ritchies and Go Bus and some of them are being forced to take annual leave, but the companies refute that. 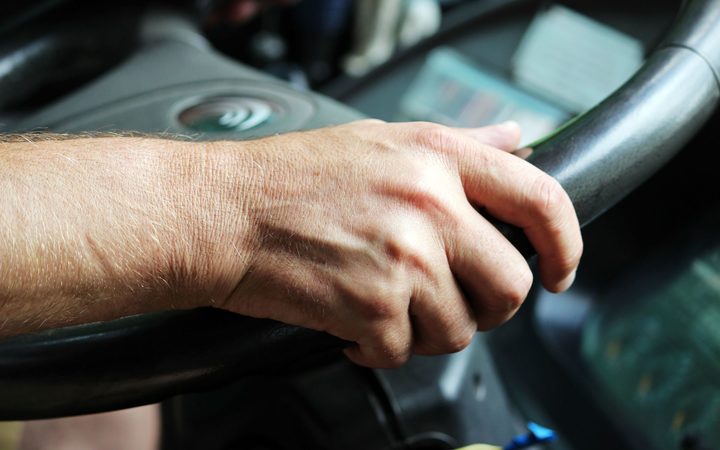 Bus drivers said they were doing their bit as essential workers, helping people without a car get to work and the supermarket, and they didn't want to be told to take leave.

One driver who asked not to be identified, said it was wrong for her and her workmates to be forced to take leave at a time like this.

"I don't plan to use my leave for something like this, for a pandemic. I want to be out there and to work through it. I won't waste it... sitting at home on a lockdown."

Businesses generally want to reduce the amount of annual leave they owe workers, as it sits on their books as a debt that potentially needs to be paid if a person leaves their job.

Correspondence seen by RNZ shows bus companies such as Ritchies and GoBus were guaranteed the same amount of funding they would normally receive from the Transport Agency, right up until the end of June.

This was despite them operating a reduced weekend timetable in the country's main centres.

The driver spoken to by RNZ said this money should be handed on to workers like her, instead of these businesses pocketing it for themselves.

"They sit there tight with that money. What are they going to do with it? Use it for themselves? I mean, it's the driver that's out there doing the dirty work. They should be utilising that money on the driver.

"We don't get paid danger money, no hazard money, nothing. We are just there to continue with that service."

"The government have also been very clear that there's no reason why these companies should be trying to use annual leave in this time given that they're paying the companies in full for their contract. It's just opportunism. It's double dipping."

Drivers were under enough stress at the moment, without having their leave entitlements eroded, he said.

"It's just really frustrating that you have this arm's length from the economic employer, which is essentially the government, that is always doing these kind of things.

"I mean, it's really time to question whether some of these bus companies are fit at all to be operating rate-payer funded contracts."

Council of Trade Union (CTU) President Richard Wagstaff said a situation where people were only able to leave their homes for a walk or to buy food was hardly the time for employers to be asking staff to take time out for rest and relaxation.

"It's not really a consultative process. This is just companies on the take in terms of subsidies or business subsidies and using that as an opportunity to also drain their employees' leave balances."

CTU was considering taking legal action against employers seeking to game the system in this way.

"Companies in transport, these are essential services. You know these workers are going out every day, exposing themselves, working hard keeping this country going, and here they are being ripped off through employers trying to take their annual leave balances.

"I think it's just far too tough and I don't think the public would think we should be treating essential service workers this way."

Finance Minister Grant Robertson said if the bus companies were in receipt of government money to pay wages, then they should be passing this on to workers.

Ritchies Transport head Andrew Ritchie declined a recorded interview, but said workers were only offered the opportunity to take leave and were not forced to do so.

In a statement, GoBus's Chief Operating Officer Nigel Piper said as this was an "unusual time" they may not have enough drivers applying to take annual leave to maintain the desired ratio of workers on leave to those working.

"If needed, we can direct drivers who have outstanding balances from previous years to take leave, by giving a minimum 14 days' notice.

"To say that we are taking advantage of the situation is ridiculous."