Maternity campaigner Jenn Hooper struggles to define who she is: "I don't really know what my title is nowadays, because this is about too many things." 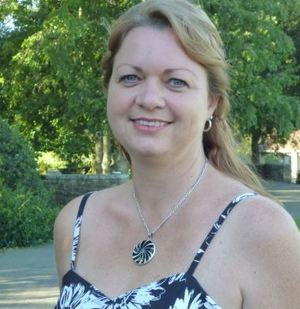 As the founder and spokesperson of Action to Improve Maternity (AIM) , a consumer support network which helps more than 800 families who've received sub-standard maternity care, the inventor of the 'Charley Wrap' - a customised torso support to help with better positioning and comfort for those with poor muscle tone and scoliosis - and the founder of Changing Places, a charity which provides fully accessible bathrooms for the profoundly disabled, there's no denying she wears a lot of hats.

Now she can add being a member of the NZ Order of Merit for services to maternity care and for people with disabilities to that list.

As a mother of a severely disabled daughter, Charley, she has spent more than a decade campaigning for changes to the country's maternity system.

Because these awards are normally given out to famous people such as sports stars, actors and politicians, she says her first thought was it was strange to have received one, as she considered herself a "fairly ordinary person".

And she wondered if it was a little bit premature. "These awards are for people who have achieved a lot and I feel like I'm only just starting."

"I certainly haven't made the changes that I've wanted to make and it's been a full decade now. But it's a nice acknowledgement and a really important acknowledgement for families like mine that have been voiceless," she said.

The award was recognition for those who had been ignored and swept under the rug, she said.

"The services to maternity care it's families that have been needlessly hurt, needlessly lost so it's certainly for them. And the other section of this is mostly the Changing Places and those are also families that have been invisible, if you like. We haven't had a public facility for people to come. It's recognition for those who appear invisible and lost," she said.

She would like to build a nation-wide network of accessible toilets for the disabled around the country and increase awareness about why they are needed.

And she will continue to campaign for improvements to the maternity system which she says remains fundamentally flawed.

"We have a situation where we are still a very unique system, and not in a good way, I don't think it's in a good way. We have LMC midwives out there that are essentially forced into working untenable hours with not adequate training and support. So the work I do is for them as much as it is for families," she said.