A police and navy dive squad is expected to go back to the seas around Whakaari / White Island today to continue searching for the body of one of the people killed in the eruption. 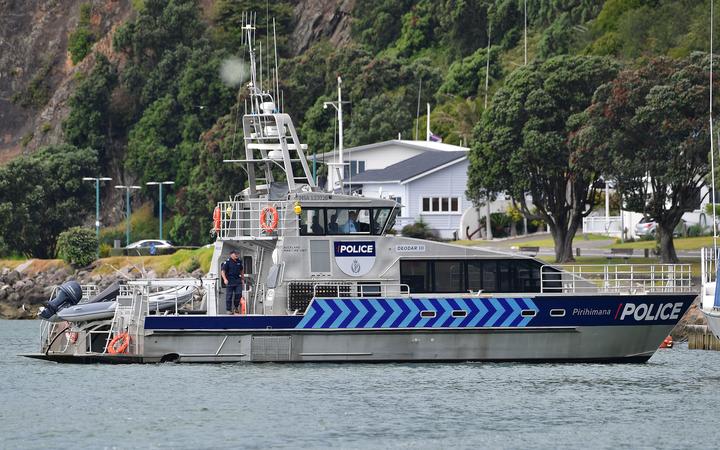 It is believed 47 people were on or close to Whakaari / White Island when it erupted on Monday. Of those victims, 17 are believed to be dead.

Eight who were believed killed on the Island were unaccounted for until six bodies were returned from the island to mainland New Zealand yesterday in a recovery mission by the New Zealand Defence Force carried out even as the risk of another major eruption remained between 50 and 60 percent.

They also maintained communication with GNS for updates on the activity of the volcano.

Post mortem examinations will be carried out on the recovered bodies today.

In a statement today, police outlined the process for identifying those killed in the eruption on Whakaari-White Island.

Police experts, forensic pathologists, ESR scientists, odontologists and the coroner's office are all involved in the work. The Coroner must then confirm the victims' identities.

Police said it was a long and complex process, and they were working as quickly as possible to return the bodies to their families, but it would be unforgiveable to get it wrong.

Yesterday's mission to the island was done with support from local iwi Ngāti Awa, who also hosted a karakia for those gathered to pay respects to the victims in Whakatāne. 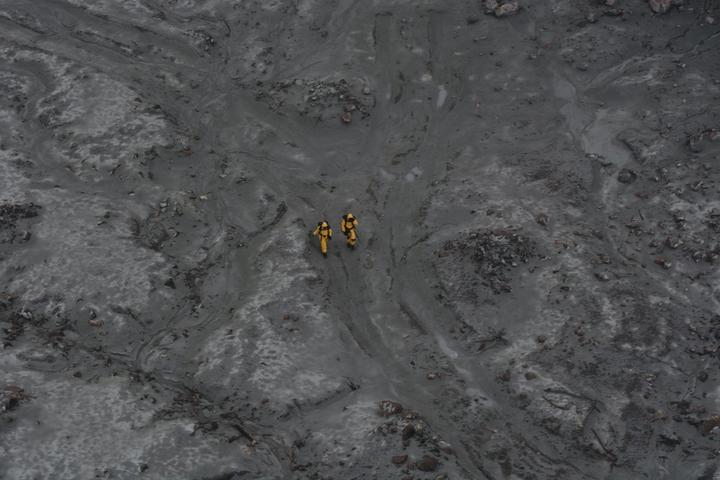 Another nine people have also died since the eruption, their bodies having already been returned to the mainland or having died in hospital of their wounds.

Rescue crews spotted one of the two remaining unrecovered bodies this week after White Island erupted on Monday, but poor conditions in the water prevented them from recovering it.

Today, a police and navy dive squad will continue searching for it. The location of the ninth person believed killed in the blast is not known. 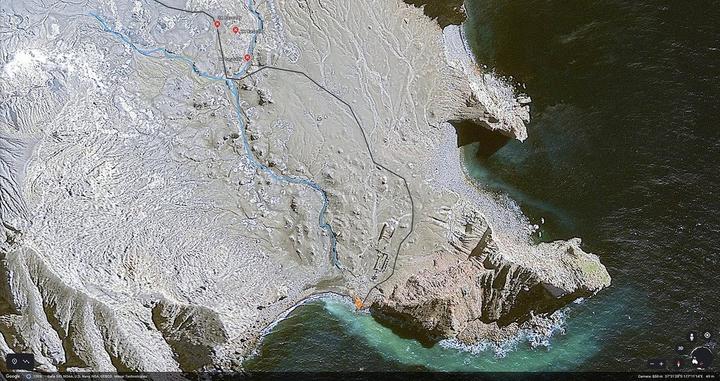 A police map of the island, with markings where the bodies were found. Photo: NZ Police

The eruption also left dozens of people with terrible burns. Most of the victims were tourists, mostly visiting from the Ovation of the Seas cruise ship.

They included 24 people from Australia, nine from the US, five from New Zealand, four from Germany, two from China, two from the UK and one from Malaysia.

All the Australian patients - 13 people - have been moved back to Australia for treatment, relieving critical pressure on New Zealand's burn units. That leaves 14 people in hospitals around New Zealand, 10 in a "very critical condition with extensive, severe burns".

Surgeons have begun arriving from overseas after offers were made from Australia and the UK to send specialists to help New Zealand's health system deal with the pressing needs they faced after the eruption.

Police Commissioner Mike Bush, who arrived back in New Zealand from overseas yesterday, told media there might be a need to return to the island at some point to obtain further evidence but it was "quite likely" there would be enough forensic evidence for the Coroner already.