Whakatāne charter fishermen anxiously waiting for eight bodies to be recovered from Whakaari/White Island have been dissuaded from taking matters into their own hands. 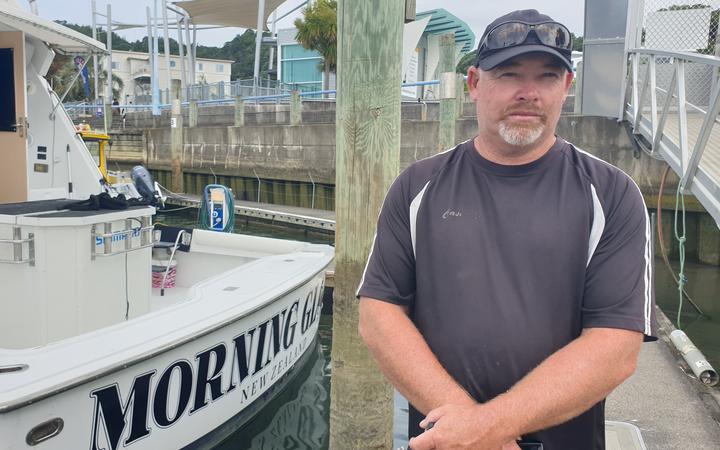 Mick Brown, the owner operator of Club Talk Charters and friend of tour guide Hayden Marshall-Inman, whose body is believed to be on the island, said in the briefing that police clearly spelt out the nature of the toxic environment on the island.

"They're saying now that the island is that gassy that you could have one breath and it could either kill you or wreck your body system forever, so we've just got to wait and pray that they get them off with all the decent breathing apparatus."

Brown said they were warned by a forensics expert that moving the bodies incorrectly could disturb vital identifying features such as fingerprints.

He said there had been a mood at the waterfront to retrieve their own people.

"All the boys on the wharves and all the dudes who have White Island as our backyard were all eager to get out there. The helicopter boys too, but we've found out it's just too dangerous for any of us to get out there so we've just got to let them do it their way and hopefully they get them off."

Brown said fishermen had been told the HMS Wellington would bring the bodies to Whakatāne and they would be given a heads up so they could give it free passage as a mark of respect.

Cascade Charters owner Terry Robinson runs three boats out of Whakatāne. He also knew Marshall-Inman and was at the briefing too.

He said police could have been more upfront about the dangers earlier.

"It would have been nice for them to let the public know so they understand and it actually opens your eyes as to why they are not out there, because of the gas levels and having the right equipment to spend the time they need on the island.

"Basically their breathing apparatus and stuff are not up to scratch for the levels of gas and the amount of time they need on the island to get the people off you know.

"So they've got new equipment which will give them that time and they just need their little window, which they'll do when it opens up for them."

Benny Haerewa, a deckhand on Club Talk Charters and whose cousin Tipene Maangi is one of those also thought to be on the island, said Tipene had the perfect personality for his tour guide job.

"Tipene was a sort of funny happy-go-lucky sort of fella. He loved karaoke and stuff like that and making people laugh. I think that's probably why he got the job."

"I just hope they get them off the island as soon as possible, you know. There's heaps of people back here.

"I've got a lot of family that's come from the coast that are waiting here in town for him to come home and they're getting pretty frustrated that they can't just go and grab him.

"I just hope they just get it all right soon as so that we can get him back ... get everyone back."